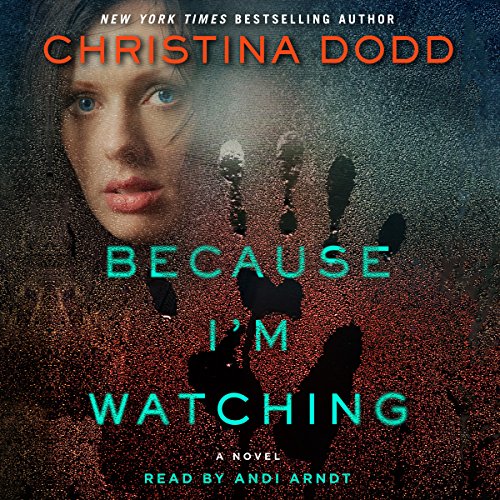 By: Christina Dodd
Narrated by: Andi Arndt
Free with a 30-day trial

Welcome back to Virtue Falls, Washington, where one woman is being held captive by her own delusions....

She had survived, but she is still held captive...Of her memories, her loneliness, her delusions. But are they truly delusions?

The survivor of a college dorm massacre, a woman accused of her lover’s murder, Madeline Hewitson is haunted by ghosts and tormented by a killer only she can see. At night, she works, writing and drawing the monster that slithers through her imagination, and living in fear of those moments when the doors of her mind unhinge and her nightmare lives in the daylight.

A seasoned military veteran, Jacob Denisov lives alone in his small, darkened home, sleepless, starving, and angry. Every day he lives with the guilt that comes from his own failures and the carnage that followed. When neighbor Madeline Hewitson drives her car through the front wall of his house, she breaks his house - and his life - wide open. Forced to view the world outside, Jacob watches Maddie, recognizes a kindred spirit and wonders what she fears more than herself. Has someone caught her in a twisted labyrinth of revenge and compassion, guilt and redemption, murder and madness?

When Maddie's imaginary killer takes form, she fights back. But will she be strong enough to triumph, or is the killer she fears no more than a shadow, an illusion...that watches?

What listeners say about Because I'm Watching

This is the third book in the Virtual Falls series, but can easily be listened to as a stand alone. Even though it is a suspense book with a touch of romance thrown in, there was a tremendous amount of dry humor. I found myself smiling & laughing out loud quite a few times. I loved this book.

Would you consider the audio edition of Because I'm Watching to be better than the print version?

While I didn't read the print version, I have read a number of Ms. Dodd's books. This particular book lends itself extremely well to an audio format, as the pacing is terrific.

I was kept guessing for a long, long time. And it kept me company during a snowy 10 hour drive across Washington State, over 2 mountain passes. And, since I wasn't quite done when I arrived home, I had to finish listening to the end before I'd allow sleep to take me.

Which character – as performed by Andi Arndt – was your favorite?

Kateri Kwinault continues to be my favorite - she's a take no prisoners character, brutally honest with herself.

Jacob Denisov's realization he had something to live for seems inextricably linked to his belief that Maddie Hewitson wasn't crazy, wasn't imagining her victimization. It seemed that proving Maddie wasn't crazy pulled him from self-loathing and into the light.

Better than I thought...

This was an interestingly woven story with multiple characters and back stories. It was a little slow in spots, but always picked back up with another shot from left field. Narration was great, Andi was spot on as always. The story focused around Maddie, but then again, focused around Jacob, and at the same time focused around Kateri, the Sheriff. A little confusing at times, but overall it was a decent story that had all of the parts tied up in the end, and preparation for the next book as well.

Because I'm Watching wasn't my favorite of the Virtue Falls books, but it was good. I felt it was just missing something. I can't even put my finger on exactly what it was though. As I have mentioned before though, Andi Arndt is a wonderful narrator!

Read the book then purchased the audio book. It has a great plot. which kept me guessing and that's what I truly enjoy. I hope you enjoy it as much as I did!

What did you love best about Because I'm Watching?

I have not read the first two in the series but I have bought them. I love the characters, and the off kilter approach to half crazy people in a normal half crazy town. Listen to this book!

Is there a next book in this series? I guess it's not really a series but I want to know what happens to Rainbow and the sheriff.