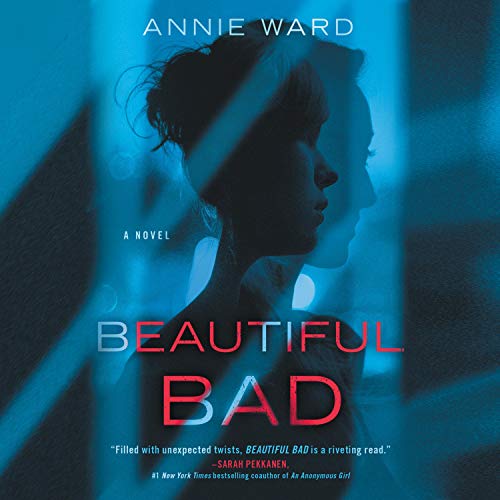 A devoted wife, a loving husband, and a chilling murder that no one saw coming.

Things that make me scared: When Charlie cries. Hospitals and lakes. When Ian drinks vodka in the basement. ISIS. When Ian gets angry.... That something is really, really wrong with me.

Maddie and Ian’s love story began with a chance encounter at a party overseas; he was serving in the British army, and she was a travel writer visiting her best friend, Jo. Now, almost two decades later, married with a beautiful son, Charlie, they are living the perfect suburban life in Middle America. But when a camping accident leaves Maddie badly scarred, she begins attending writing therapy, where she gradually reveals her fears about Ian’s PTSD; her concerns for the safety of their young son; and the couple’s tangled and tumultuous past with Jo.

From the Balkans to England, Iraq to Manhattan, and finally to an ordinary family home in Kansas, 16 years of love and fear, adventure and suspicion culminate in the day of the killing, when a frantic 911 call summons the police to the scene of a shocking crime.

What listeners say about Beautiful Bad

First book I've read by this author and I'm thrilled to have found her. This book is so well done with multiple view points and time jumps. It grabs you immediately and doesn't let go. You won't be disappointed.

This was one of the best books I’ve listened to in awhile. I’d say about 4 a year out of the 100 or so I consume I consider great. This was one of them. The characters were unique and developed. The story line was great. 100 percent recommend.

As someone from Kansas City I loved all the references! All 3 main characters were bad people although I was rooting for Ian. I’d love a sequel to this!

WOW. Haunted me for days after finishing.

This story took me on an emotional JOURNEY. I couldn’t stop listening. It is SO BEAUTIFULLY WRITTEN, and even though all of the characters were deeply damaged, I managed to care for them all. I kept hoping somehow, it would not come to the ultimate conclusion. This is truly one of the best audiobooks I have listened to in the past year, definitely up there with the Top 5. I cannot WAIT to see what this author puts out next.

A great listen! At first I didn't like how dark it was--it hit too close to home with normal worry and anxiety provoking scenarios, but then the story unfolds and takes some crazy twists and turns. Very well written!!

damn. it physically hurt me to listen to the end.

very well written. I'm all confused about my own feelings! a roller coaster. read it.

Good read. Definitely worth it

It was a little slow starting for me but overall very well read and written. I enjoyed the plot twists.

Not the ending I expected, at all!!!! Very intense, well written psychological thriller! Wonder if there will be a sequel!

At the beginning it did not hold my attention too well, but I kept listening and ended up really liking it!