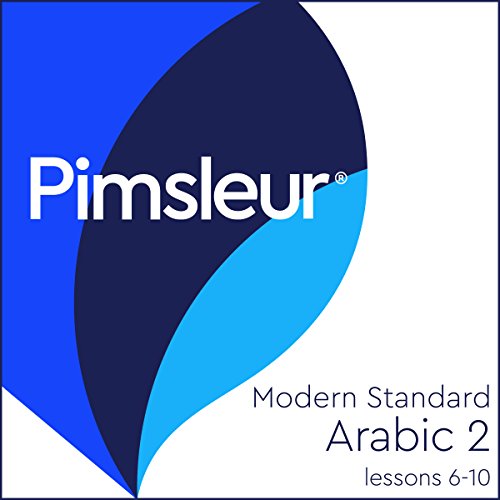 Surprise your friends! Astonish your family! With Pimsleur®, you’ll be speaking and understanding like a native in no time. Thirty-two minutes a day is all it takes. Modern Standard Arabic Level 2 Lessons 6-10 build on material taught in prior lessons. Each lesson provides 32 minutes of spoken language practice, with an introductory conversation and new vocabulary and structures. Detailed instructions enable you to understand and participate in the conversation. Each lesson contains practice for vocabulary introduced in previous lessons. The emphasis is on pronunciation and comprehension and on learning to speak Modern Standard Arabic.

"Pimsleur® programs provide plenty of positive reinforcement that will keep learners on track, and we found that Pimsleur® gave us more proficiency and confidence in speaking the new language than any of the other language programs we reviewed." ( AudioFile magazine)