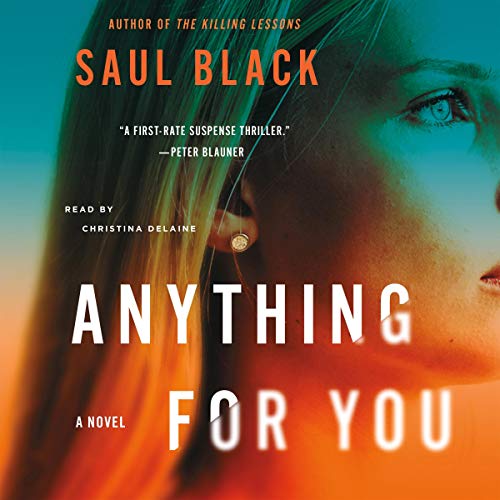 By: Saul Black
Narrated by: Christina Delaine
Try for $0.00

"Hard as nails detective novel, satisfyingly twisted story, and the writing is sharp as the devil." (Stephen King)

Critically acclaimed author Saul Black returns with a heart-racing thriller in which a brutal murder forces one woman to reckon with her own past - and her future.

On a hot summer night, a watchful neighbor locks eyes with an intruder and unwittingly alerts the police to a vicious crime scene next door: a lavish master bedroom where a man lies dead. Next to him, his wife is bleeding out onto the hardwood floor, clinging to life.

The victim, Adam Grant, was a well-known San Francisco prosecutor - a man whose connection to Homicide detective Valerie Hart brings her face-to-face with a life she’s long since left behind. Adam’s career made him an easy target, and forensic evidence points towards an ex-con he put behind bars years ago. But while Adam’s wife and daughter grapple with their tragic loss, Valerie uncovers devastating clues that point in a more ominous direction. Lurking in the shadows of the Grants’ pristine life is a mysterious blonde who holds the key to a very different - and much darker - story.

As Valerie struggles to forge a new path for herself, the investigation forces her to confront the question: Can we ever really leave our pasts behind?

Sophisticated and stunning, Anything for You is an unforgettable thriller that will grip listeners long after hearing the last word.

What listeners say about Anything for You

This was my favorite of the Valerie Hart series so far. Such a great story with lots of unpredictable twists and turns. While I found the reader a little over dramatic in the first part of the novel (it felt like she was leaning into the character of Catherine from Love Murder a little too much), she toned it down as it went on. Highly recommend!

First time listening to the author

Not my kind of story, hard to follow the story line.
I didn’t care for it.

Too raunchy. Tried to finish but could not. Enough already with the sleaze talk. Thought this was a murder mystery. I have no idea what is happening in this story line.