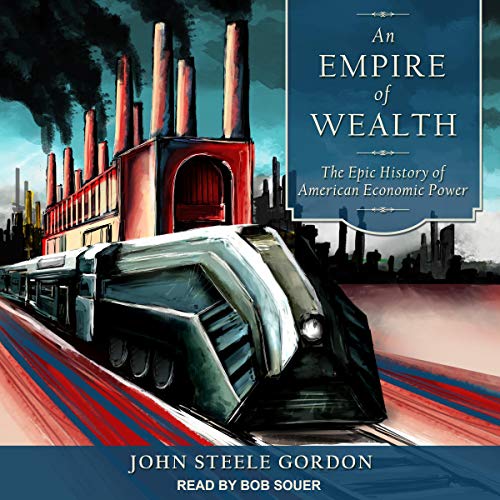 An Empire of Wealth

By: John Steele Gordon
Narrated by: Bob Souer
Try for $0.00

Throughout time, from ancient Rome to modern Britain, the great empires built and maintained their domination through force of arms and political power.

But not the United States.

America has dominated the world in a new, peaceful, and pervasive way - through the continued creation of staggering wealth. In this authoritative, engrossing history, John Steele Gordon captures as never before the true source of our nation's global influence: wealth and the capacity to create more of it.

What listeners say about An Empire of Wealth

I learned so much and so much more how current events are mirroring history. I'll reread it to pick up even more insights.