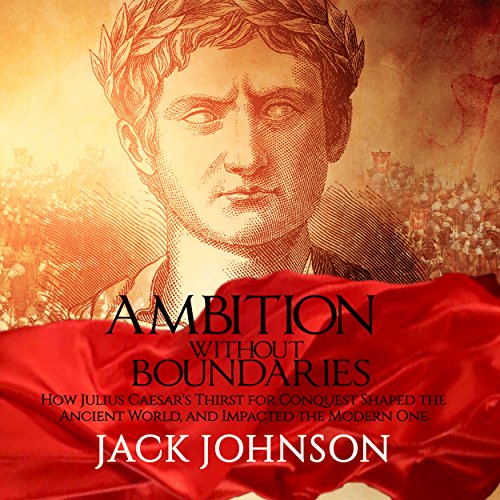 How Julius Caesar's Thirst for Conquest Shaped the Ancient World, and Impacted the Modern One
By: Jack Johnson
Narrated by: Jim Johnston
Length: 3 hrs and 25 mins
Categories: Bios & Memoirs, Political Figures
2 out of 5 stars 2.0 (1 rating)

This biography on one of history's most storied figures takes listeners on an exciting journey through the detailed history of Julius Caesar. Julius Caesar was a man who influenced the world in unparalleled ways, and his story is one loaded with an extravagant cast of politicians, generals, and royalty. It makes for a riveting tale of intrigue and melodrama.

The audiobook begins with Caesar's early life, and the humble background from which he came. His accounts of great triumphs and great defeats are all included, as his exciting and eventful life is traced through the minutes of the book. Caesar was part of a time where record keeping was incredibly proficient, and the pieces we have to put together the life of this man and those around him are plentiful. Caesar's story is important down to the last detail, and this book encapsulates the details that matter, and help paint a picture of this legendary figure and the tumultuous time in which he lived.

The greatest forms of entertainment can be found in the truth, rather than fiction, and Caesar's life is proof of this. It is history that tells us the most extravagant and unbelievable stories. No matter what amount of speculation or conjecture you throw into this story, the impact of Caesar's life is undeniable. His legacy is one that must be heard, and all that you could want to know about the man lies within this audiobook.