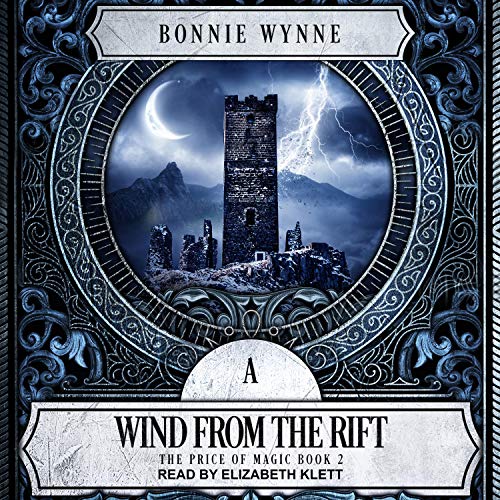 A Wind from the Rift

By: Bonnie Wynne
Narrated by: Elizabeth Klett
Try for $0.00

The sorceress has broken free of her shackles.

Months of imprisonment have forged Gwyn into something new; something dangerous. Eight dead sorceresses whisper in her ear, hungry for blood and vengeance - and after unleashing the red magic to make her escape, she fears she won’t be able to stop.

All Gwyn really wants is to go home. But as she soon discovers, escaping the Clockwork City may prove an impossible task. The wizards of the Syndicate wage a silent, bloody war over her fate, and to survive, she must play their deadly game.

As strange storms ravage the city and wizards start turning up dead, Gwyn finds herself in more danger than ever. With enemies on every side, the immortal Scions massing their armies, and the dark power inside her growing stronger, she must make a choice.... To save everything she loves, is she willing to become the monster the Syndicate fears?

A Wind from the Rift is the electrifying second volume in Bonnie Wynne’s spellbinding fantasy series, The Price of Magic.

What listeners say about A Wind from the Rift

Excellent sequel to the Ninth Sorceress, Wynne’a worldbuilding continues as we follow Gwyn to the Clockwork City and the Syndicate. Can’t wait for the next book!

A must read for any YA Fantasy lover!

Bonnie has outdone herself! I loved Book 2 just as much as Book 1. The character development and world building are perfection. One of my favourite parts of Bonnie's books remains to be the incredibly well thought out and complex magic system, and I love they way we delve more deeply into it in this book. There were 2 amazing plot twists that I definitely did not see coming, well done Bonnie! I can't wait for Book 3!

Good story. Awful narrator I will avoid listening to anything spoken by this woman again.