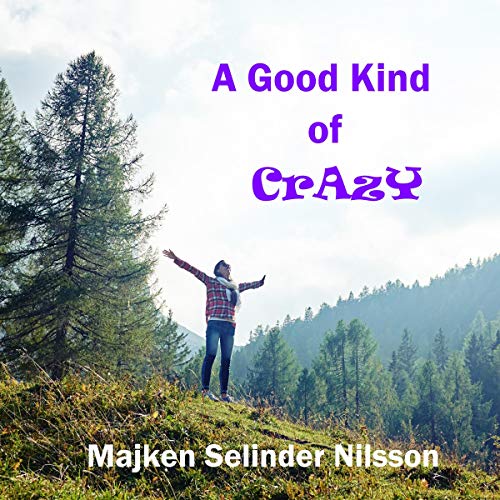 A Good Kind of Crazy

By: Majken Selinder Nilsson
Narrated by: Jen Carmody
Try for $0.00

Kat, the epitome of a Southern housewife, had been struggling with feeling she had lost herself even before her husband’s infidelity with a much younger co-worker comes out. She decides that it is time to make a change and simply drives away from her life to visit with her childhood friend and former business partner, Jen, who left to become a successful caterer in Hollywood while Kat chose to stay behind and get married.

Jen’s upcoming project is scheduled to be the shoot of a TV show in Canada, but when she unable to go at the last minute, she convinces Kat to go in her place. There, Kat is blindsided when she meets the younger, handsome Irish star of the show, Ian Gregory, who at first is rude and arrogant, but later becomes a friend, confidant, and eventually lover. When things get complicated, Kat contemplates if she is comfortable being in the shadows or if she deserves more, while Ian is forced to make a decision about if his career or his heart is more important to him.

What listeners say about A Good Kind of Crazy

Great pacing, characters, and backdrop! This story is a fantastic summer porch read. Stretch out and just enjoy the story as it unfolds.

I absolutely loved it! This book caught my attention from the very beginning and held it throughout the entire book. The narration was superb and gave the story that extra flair! The author did an excellent job with the character builds and plot. This was my first book by this author but definitely not my last! I look forward to reading more books from this author! I was given this free review copy audiobook at my request and have voluntarily left this review.

Not your run of the mill romance

I enjoyed all of the aspects that made this book different. The main characters are likable and believable.

As my college, creative writing professors always said it’s critical to paint a picture so the reader can imagine the details. Anyone who loves to read knows that the ability for an author to do this is what keeps the reader fully engaged and invested until the end. Thank you, Majken for sharing your way with the English language in this book. It was so descriptive I could see everything clearly with my mind’s eye. Congratulations on your first novel and good luck with those to come!

I could not put this book down! I loved the story. a woman who found herself in such a difficult time on her life!