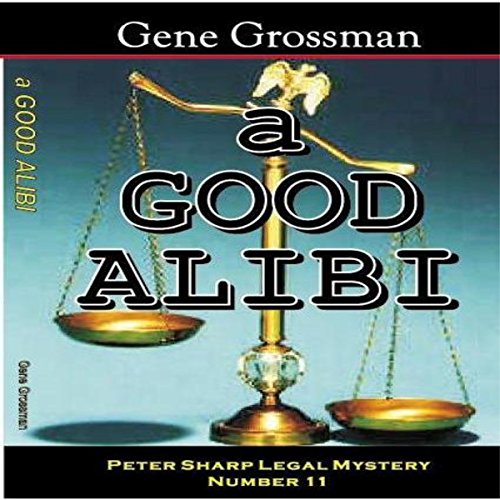 In this 11th adventure of the 20 Peter Sharp and Suzi B. mysteries, due to a conflict of interest between the county and the defendant, attorney Peter Sharp is asked by the district attorney's office to step in and act as special prosecutor in a criminal case of first degree murder.

This case is unique for two reasons. First, attorney Sharp is usually a criminal defense attorney, with no experience as a prosecutor, and is only accepting this assignment as a favor to his ex-wife, who is the elected district attorney of the county.

Second, Sharp is informed that the DA's office is having some problems with the case because they have not been able to establish a motive for the killing, or how the brutal act was accomplished...and if that wasn't enough, the defendant seems to have an iron-clad alibi that the investigators have been unable to break.

On top of all the above difficulties with this case, Peter Sharp learns that notwithstanding all the weaknesses of the case, the district attorney has a strong "feeling" that this guy is guilty, so she went ahead and took the case before a grand jury - and obtained an indictment of the defendant.

After Peter is talked into accepting the appointment as special prosecutor, he is then informed that pursuant to the indictment, the defendant was arrested that evening and will be brought into court for arraignment the next morning - leaving absolutely no time for preparation.

There is only one way that Peter Sharp will be able to have any chance to succeed with this seemingly impossible case, and that is to figure out what the defendant's motive might have been, break through his iron-clad alibi, and also show how the crime was committed in a part of town that the defendant had no possible way of reaching, for lack of transportation.

Other than that, the case is a slam dunk...unless Peter's 13-year-old genius legal ward Suzi can figure out a way to win this case, and break down a really good alibi.

What listeners say about A Good Alibi