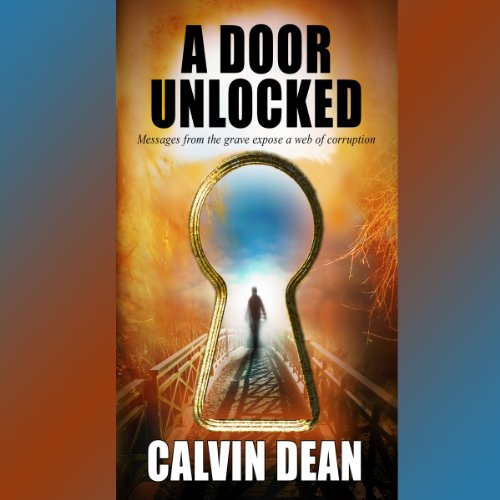 Vanessa Fitzgerald wishes she had never heard of Bobby Ray Ledbetter, a released convict who murdered her husband, abducted the couple's eight-year-old daughter and brutally beat and raped the young mother. While in a medically induced coma, Vanessa receives messages from her husband's grave - vital clues in an otherwise cold case. But after recovering, the communications cease. Under the guidance of renowned parapsychologist, Dr. Sebastian Dietrich, the transmissions resume, providing valuable leads into her daughter's location - and Bobby Ray's accomplices.

Buoyed by his success, Dietrich longs to harness eternity's knowledge and power by bridging the divide between the living and the dead. He accepts a guided tour into the afterlife from Vanessa's deceased husband. But will his journey lead to the rescue of the Fitzgerald's daughter? And what about the others involved in the web of corruption? Only Vanessa holds the key to A Door Unlocked.