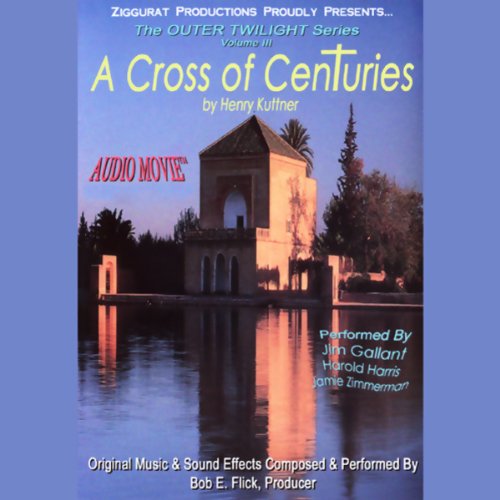 A Cross of Centuries

Journey 3,000 years into the future, where Tyrell has lived 20 centuries and is now worshipped as a god. He and Herina, his love, were born immortal and have lived together for 300 years. Each century that passes, Tyrell must undergo a mental birthing cycle that washes away most of his memories and restores his mind to a clear slate. Every time, though, his personality changes ever so slightly to adjust to the current times. And each time, Herina fears he will forget her. Her fears soon turn to other matters, however, after Tyrell begins exhibiting changes no one could have expected!
©2005 Bob E. Flick (P)2005 Ziggurat Productions
Anthologies Anthologies & Short Stories
Show more Show less

What listeners say about A Cross of Centuries

Originally published in the paperback anthology Star Science Fiction Stories No. 4 edited by Frederik Pohl in 1958, this story has been included in just about every religious themed science fiction anthology since. In 1971 it was included in Other Worlds, Other Gods: Adventures in Religious Science Fiction and recently in 2007 it was the featured title story for A Cross of Centuries: Twenty-Five Imaginative Stories about the Christ edited by Michael Bishop. You know when a story is heavily anthologized that its a classic, and this one certainly is.

You don't need to be religious to enjoy this story of an immortal man who plays the role of Messiah and must have his memories wiped clean every century since the body renews itself, but the mind ages and becomes senile. So is he really immortal if his memories are lost every century? Plus, the Antichrist makes an appearance!

The performances in this reading are outstanding, but since the dialog is spoken by various voice actors, this audiobook is not exactly unabridged. The lines that boil down to "He said," are not included and some of those lines are descriptive, such as "his hand wavered; then he remembered," "He cried" "He murmured," etc. However, the actors convey those descriptions through their performances very well. Otherwise, all of the narration is present.

This is a great Henry Kuttner story, its just too bad there aren't more Kuttner stories available on Audible. :(