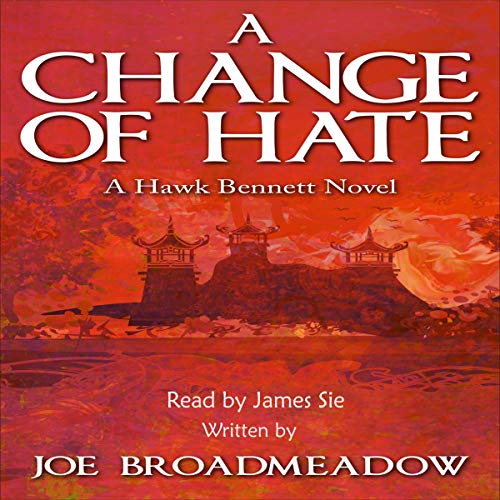 A Change of Hate

By: Joe Broadmeadow
Narrated by: James Sie
Try for $0.00

Criminal defense lawyer Harrison "Hawk" Bennett is as fearless in the courtroom as he once was a Special Forces Green Beret in Vietnam. When a Buddhist Monk, a former Vietcong Colonel, appears in Hawk’s office seeking help, it changes everything Hawk believed about the war.

Nguyen Duc Thuan is not just an old soldier turned to a new calling. He was an adversary Hawk spent months tracking in Vietnam. Tracking and, he thought until a moment ago, killing.

Hawk now faces a choice: defend the monk against a government intent on protecting its heroes and secrets, or give in to the old hatred seared into his memories of Vietnam.

With the FBI accusing the monk of killing an American intelligence officer, Hawk’s former commanding officer in Vietnam, Hawk struggles with his dedication to the law and his long-dead comrades from the war. As the depth of the conspiracy arrayed against the monk becomes clear, he will need all his legal skills and experience to expose the government perversion of justice.

The course is set.

He will find more than the truth behind the case against the monk. He will learn what happened in Vietnam.

It will haunt him for the rest of his life.

What listeners say about A Change of Hate