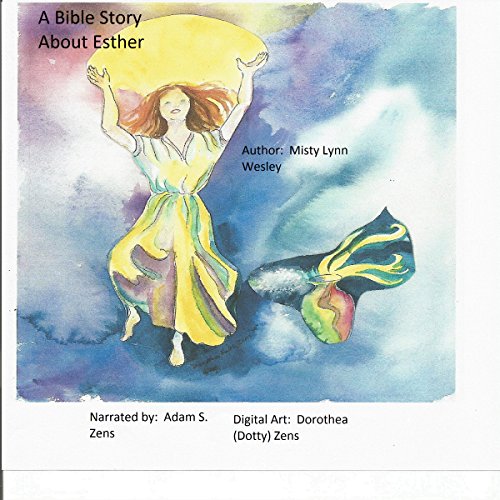 A Bible Story About Esther

By: Misty Lynn Wesley
Narrated by: Adam Zens
Try for $0.00

Esther had to meet King Xerxes and she was very nervous. Mordecai just laughed at her. King Xerxes asked Esther to marry him, and she readily accepted. One day, Haman told King Xerxes that a group of citizens were a threat to him. The king immediately issued a royal order that put all the citizens to death.

What listeners say about A Bible Story About Esther

This is a fictionalized version of Esther, the Bible story. It is just the right length of time for a bedtime story for children. The performer has an engaging voice that my kids love. The story is a classic. As a teacher, I would say this is appropriate for a K-6 age group.