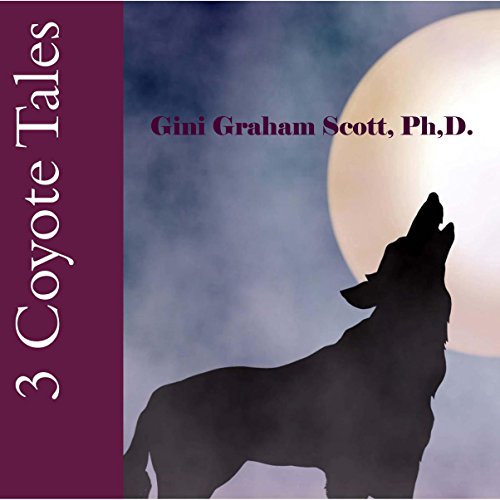 The following three tales are adapted from stories told by the American Indians. These are three of my favorite coyote stories. They are:

"The Story of Coyote, Buffalo, and the Rock", told by the Sioux, a tribe from the Northwest, where they once formed the Great Sioux Nation, in the area that later became the states of North Dakota, South Dakota, Nebraska, Minnesota, Montana, and Wyoming.

"How Coyote Became Clever", told by the Karok, a tribe from Northwestern California, located along the Klamath River.

"How Coyote Brought Winter into the World", told by the Zuni Indians, one of the pueblo peoples, who have lived in villages in the area of New Mexico.

While these Indian tribes come from very different areas, their coyote stories are similar in the way Coyote has friends with other animals, participates with them on adventures, and screws things up no matter what he does.

What listeners say about 3 Coyote Tales: Stories from the Sioux, Karok, and Zuni American Indians