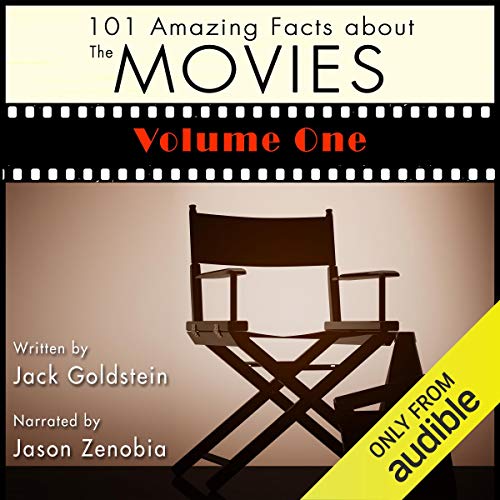 101 Amazing Facts About the Movies: Volume 1

101 Amazing Facts About the Movies: Volume 1

By: Jack Goldstein
Narrated by: Jason Zenobia
Free with a 30-day trial

Which Star Wars actor hated the film so much that he said the dialogue was ‘a load of old rubbish’? How many days did it take for The Hunger Games to become Lionsgate’s biggest ever grossing film? What cost more to make - the 1997 film Titanic or the ship itself? And what colour are Dorothy’s slippers in the book?

In this fascinating audiobook, narrator Jason Zenobia talks us through over 100 amazing facts about the movies, including sections covering filming problems, money issues, cameo appearances, props and more. So if you want to find out all the secrets from behind the scenes of well-known - and some not-so-well-known - movies, this is the perfect audiobook for you!

What listeners say about 101 Amazing Facts About the Movies: Volume 1