Forget what you think you know about America during World War II. Movies like Saving Private Ryan and Dunkirkonly tell half the story -- the story of what happened abroad. But there's so much more about the world of the Greatest Generation that is brought to life by The Home Front: Life in America During WWII, the new Audible Original Series featuring the evocative voice of Martin Sheen. The 16-part audio series draws upon a vast library of archival recordings taken during the years leading up to and during World War 2. You hear voices of Americans displaying the sorts of emotions that don't translate into a history textbook as they recount the hard realities faced at home and within US ranks, even as we went to war against the Nazis.

"We were divided on some deeply shaky ground," says Sheen of revelations he gleaned while researching this project. "I knew about the horrible racism in our country. And I knew about the racism in the armed services in the war. But I didn't know the extent, the depth, and the damage that that did to our country."

The candid interviews in The Home Front: Life in America During WWII give us a fresh view of this monumental time in American history and leave us with five major lessons that resonate today:

While these struggles are not playing out exactly the same way at home and abroad, many of them still haunt us today. Listening to this 16-part series, which subtly draws parallels between current events and those of the 1940s, can help us see how far we still have to go to truly overcome these conflicts -- and maybe teach us how to get there.

Listen to 'The Home Front: Life in America During World War II'

The Home Front: Life in America During World War II 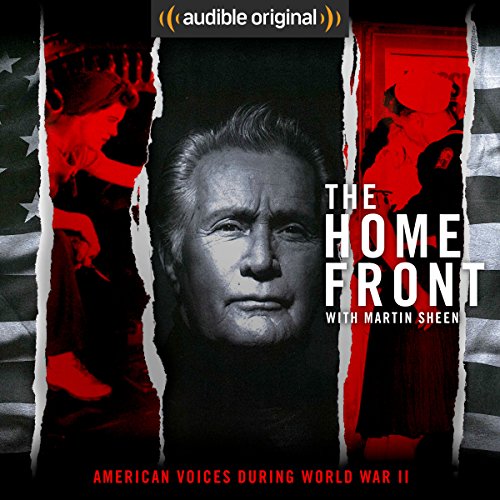