Children's Audiobooks | Science Fiction & Fantasy | Literature & Fiction
Diane Duane was born in New York City -- a descendant of New York's first mayor -- and worked there as a psychiatric nurse before leaving the profession for the only one she loved better, the business of writing. Since the publication of her first novel in 1981, she's written fifty more, not to mention numerous short stories, comics, computer games and screenplays for TV and film, and has picked up the occasional award here and there. (She's also worked with Star Trek in more media than anyone else alive.) Right now DD is probably best known for her "Young Wizards" series of young adult fantasy novels, featuring the New York-based teen wizards Kit Rodriguez and Nita Callahan. The series now enters its third decade with Nita's and Kit's newest adventure, GAMES WIZARDS PLAY, the tenth Young Wizards novel (published by Houghton Mifflin Harcourt in February 2016). Also new from DD in the Young Wizards universe are the interstitial collections INTERIM ERRANTRY (containing the 110,000-word YW novel LIFEBOATS), available at Amazon and from the author's ebook store EbooksDirect.co, and INTERIM ERRANTRY 2: ON ORDEAL (at this time available only at Ebooks Direct). DD shares a two hundred-year-old cottage in the Wicklow Mountains of Ireland with her husband, the Belfast-born novelist and screenwriter Peter Morwood, and various overworked computers... an odd but congenial environment for the staging of epic battles between good and evil and the leisurely pursuit of total galactic domination. (And a lot of ethnic cooking: her own favorite foods come from the cuisines of central Europe and the Mediterranean.) In her spare time DD gardens (weeding, mostly), studies German and Italian, chats with friends and fans on her Tumblr at dduane.tumblr.com, listens to shortwave and satellite radio, and dabbles in astronomy, computer graphics, iaido and amateur cartography... while also trying to figure out how to make more spare time. Her favorite color is blue, her favorite food is a weird kind of Swiss scrambled-potato dish called maluns, she was born in a Year of the Dragon, and her sign is "Runway 24 Left, Hold For Clearance."
Read more Read less

A Quote by Diane Duane


Diane Duane
So You Want to Be a Wizard 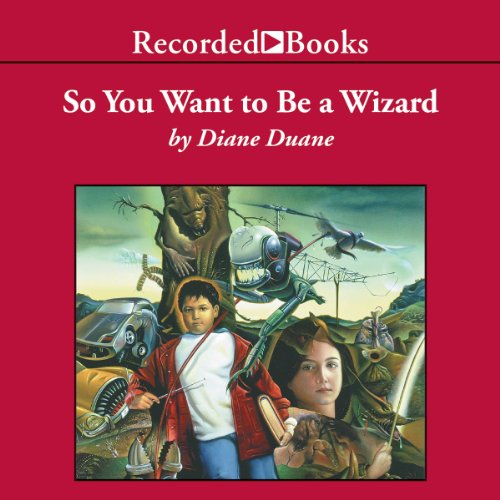