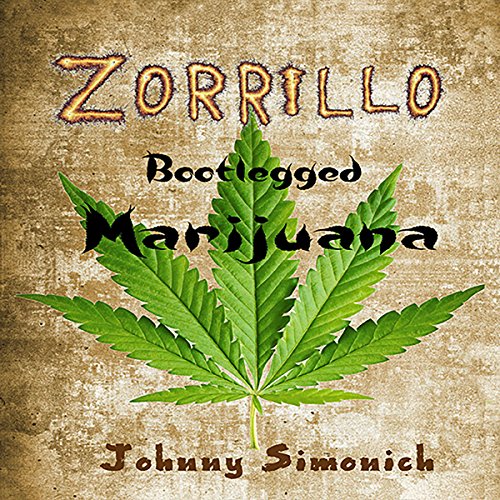 Fulfilling such a great demand for marijuana has required a continuous flow of secret middleman suppliers. Zorrillo: Bootlegged Marijuana is a historical fiction/adventure, documenting the footsteps of bootleggers and the successful distribution of black-market marijuana during the 1970s and 80s. You will learn that operating within the black-market chain of supply and demand was not for the weak-hearted, and ascending up the chain required a great amount of trust and responsibility. Marijuana bootleggers have more in common with thrill-seeking adventurers than smug dope peddlers. Author Johnny Simonich slips his listeners into the shoes of the main character, George Johnson. George attempts to stay out of the limelight by bootlegging just enough marijuana to keep a good stash of his own and still earn enough money to make it all worthwhile. After learning he cannot trust people who claim to be his friends, George gets married and settles down. Before long, he gets caught up in the fast lane and the huge supply and demand of black-market marijuana. George is eventually whisked away on unimaginable adventures. He joins the ranks of modern-day bootleggers that persistently push their luck and employ very clever tactics to claim their share of extremely handsome profits by smuggling high-grade Mexican skunk-weed (Zorrillo).