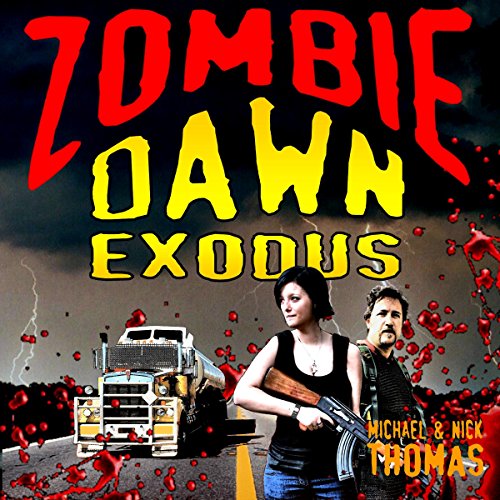 The second novel in the exciting Zombie Dawn series that follows the outbreak of a deadly zombie plague and the people who are left, fighting to survive. This book continues the story one year on from Zombie Dawn Outbreak. The world is now a very different place, far from the disorganized and desperate struggle to simply survive an hour. The remnants of humanity have formed new communities with their own unique approaches to survival in a zombie-dominated world.

A ragtag flotilla of ships sails the Pacific, looking for any survivors and supplies. A chance find of a missing ocean liner that appears to be in distress leads to an elite team being sent to investigate. With time running out, what will they find, and how many will make it back alive?

In Australia, former medieval reenactor Bruce has become the unlikely leader of a road column, living like a rock star while trying to find enough food to survive. The lax discipline and careless attitude leads them into a dangerous trap.

Dave, the bored British office worker, has settled down in a small community built around a wealthy landowner's house. The community has a strict rule set to stay alive, but when one man gets overambitious, everyone has to deal with the bloody consequences.

Madison, the daughter of a pastor, is bored of living within the safe confines of their seemingly perfect community in the American Midwest. But when a horde of enemies the size of which no one could have imagined threatens the town, they must make the tough decision to defend their homes or run for their lives.

In the United Kingdom, tiny groups of survivors travel the highways in the west of England in heavily modified and armored convoys, looking for supplies. In the Pacific the safest place to be is the Sanctuary, formerly known as Hawaii. Well defended and supplied, it is the last, best place to live for the remaining living.

Some times they get better

Sometimes the second book surpasses the first. This is not the case here. This installment shows not everyone has a learning curve. After a while you will even stop hoping the zombies win as they're real power is in making you bored not scared.