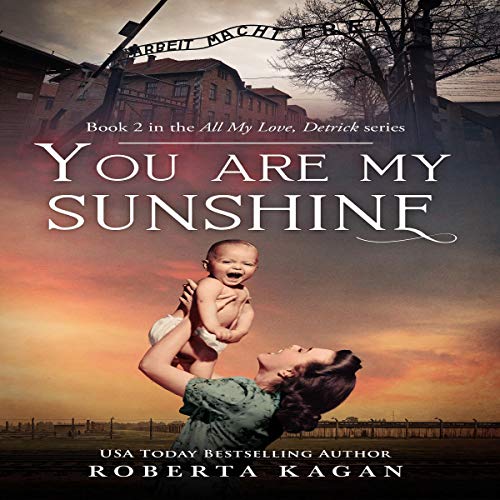 You Are My Sunshine: A Holocaust Novel

By: Roberta Kagan
Narrated by: Juliet Jones
Try for $0.00

A child’s innocence is the purest of all.

In Nazi Germany, Helga Haswell is at a crossroads. She’s become pregnant by a married SS officer, who has since abandoned her. Left alone with the thought of raising a fatherless child, she has nowhere to turn - until the Lebensborn steps in. They will take Helga’s child when it’s born and raise it as their own. Helga will now be free to live her life.

But when Helga has second thoughts, it’s already too late. The papers were signed, and her claim to her child was revoked. Her daughter belongs to Hitler now. And when Hitler’s delusions of grandeur rapidly accelerate, Germany becomes involved in a two-front war against the heroic West and the fearless Russians.

Helga’s child seems doomed to a life raised by the cruelest humans on Earth. But God’s plan for her sends the young girl to the most unexpected people. And in their warm embrace, she’s given the chance for love in a world full of hate.

You Are My Sunshine is the heartfelt story of second chances. Helga Haswell may be tied to an unthinkable past, but her young daughter...has the chance at a brighter day.

What listeners say about You Are My Sunshine: A Holocaust Novel

If you like historical fiction you enjoy will this tale of characters as they move through the years of WWII. There is love, loss, betrayal, hope and a glimpse of a brighter future.

The narrator moves through the story effortlessly and her voice is easy and pleasing to listen to for hours on end. Her reading does not get in the way of the writing but instead allows you to focus on the events taking place.

A very moving story, at times tough to listen to, but very sensitively narrated by a narrator who has the most beautiful story teller's reading voice. She enunciates clearly and is a joy to listen to, even through the tough parts that had me tearing up. A hard topic very sensitively and beautifully dealt with, connecting fiction to real events in a very clever, unforced way, really bringing the characters to life, and bringing the devastation of the Nazi regime into sharp focus for the reader. I read an article in the Guardian with sadness that said "One in 20 British adults do not believe the Holocaust happened, and 8% say that the scale of the genocide has been exaggerated, according to a poll marking Holocaust Memorial Day.". This book is therefore a necessary reminder of our awful history, told in a very relatable story.

Prepare yourself to be brought into a potent world of reality, distress, connection, and hope. This book is special. The reader is carried through the lived experiences of its characters, enduring with them seismic oppression and struggle. You will feel with them, as you should... the narration is thoughtful, spot-on, firm in spots, tender in spots, all well-placed. It's a storied journey worth taking.

narrator not a match at all for voices.

she tried but couldn't pull off the multiple voices. Kristen hurt my ears like a fingernail on blackboard

Narrator detracts from the story

I thought that the novel itself was interesting and it kept my attention. That being said, the narrator was so flat that I wished I had read it to myself. She had a decent accent...the problem was her tone. The narrating portion of her job wasn’t so bad, but when she gave voice to characters, she was not believable and extremely flat—people don’t talk like this in real life. It detracted from the story so much that I would NOT recommend trying to enjoy this book audibly if she is narrating.

A great historical fiction about the Holocaust and World War ll. It was an amazing story, about the dark side for both the victims and the Nazi’s. The characters were real and a story well written. A book that I will read over and over again.

Beautiful narration and story of a difficult topic

It’s hard to say one “enjoys” a book about Nazi Germany and the Holocaust, but this book did offer a unique perspective on events through the eyes of the characters. Juliet Jones melodic narration was paced perfectly and kept the flow of the book moving. Roberta Kagan’s story really captured me by the unique propaganda office storyline.

Another wonderful story from this author. Loved the narrator. Can't wait to listen to another one!