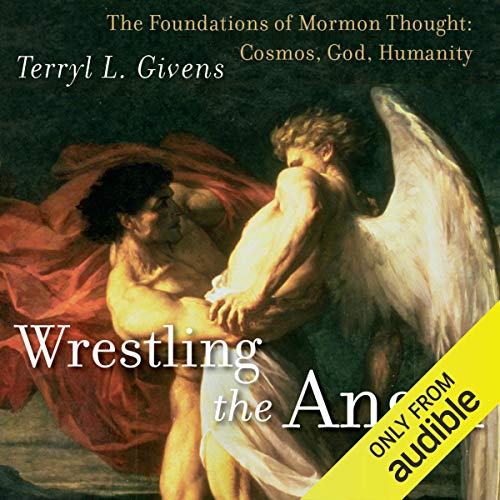 In this first volume of his magisterial study of the foundations of Mormon thought and practice, Terryl L. Givens offers a sweeping account of Mormon belief from its founding to the present day. Situating the relatively new movement in the context of the Christian tradition, he reveals that Mormonism continues to change and grow. Givens shows that despite Mormonism's origins in a biblical culture strongly influenced by 19th-century Restorationist thought, which advocated a return to the Christianity of the early Church, the new movement diverges radically from the Christianity of the creeds.

Mormonism proposes its own cosmology and metaphysics, in which human identity is rooted in a premortal world as eternal as God. Mormons view mortal life as an enlightening ascent rather than a catastrophic fall, and reject traditional Christian concepts of human depravity and destiny. Popular fascination with Mormonism's social innovations, such as polygamy and communalism, and its supernatural and esoteric elements - angels, gold plates, seer stones, a New World Garden of Eden, and sacred undergarments - have long overshadowed the fact that it is the most enduring and even thriving product of the 19th century's religious upheavals and innovations.

Wrestling the Angel traces the essential contours of Mormon thought from the time of Joseph Smith and Brigham Young to the contemporary LDS church, illuminating both the seminal influence of the founding generation of Mormon thinkers and the significant developments in the church over almost 200 years. The most comprehensive account of the development of Mormon thought ever written, Wrestling the Angel will be essential reading for anyone seeking to understand the Mormon faith.

What listeners say about Wrestling the Angel

A comprehensive review of Mormon theology

With references from antiquity, literature, and theology, Givens provides acomprehensive review of Mormon theology, showing where it fits into the stream of intellectual and theological thought. Mormons believe in a universe organized out of existing materials and deny the theory of ex nihilo creation. Similarly, Joseph Smith's theology was not created "out of nothing" but out of the existing threads of thought or sometimes in opposition or response to existing theologies. Was Mormonism a response to Calvinism? Yes. Did Mormonism partake of the Universalist impulse? Yes. did Mormonism contain several elements rejected in early Christianity? Absolutely.

Mormons believe that any statement given under the power of the Holy Ghost is authoritative, even scriptural. They have dozens of general authorities who make sometimes conflictingpronouncements. This makes Mormon theology sometimes difficult to pin down. Givens relies primarily on Joseph Smith, as the expounder a Mormon theology. Brigham Young, the Pratt Brothers James E Talmage and BH Roberts are secondary. Bruce R McConkie and Joseph Fielding Smith are hardly relied on at all. Some will take issue with given choices.

Would you listen to Wrestling the Angel again? Why?

Yes. It's pretty dense and I love the way that Givens draws the threads through historical Christian thought and shows both the connections between Mormonism and Christian history as well as the doctrinal innovations of Mormonism and how they came about.

But, having said that, most of the narration is very good.

What did you like best about this story?
Givens is a professor and knows the landscape and lingo of professional theology. Plus, he is not at all shy about emphasizing what makes Mormonism different from Christianity, not only in its foreground doctrines but in the deep cosmological background assumptions that generate and support those unusual beliefs.

Most striking and consequential are the assertions that 1. "matter and intelligences" are coequally eternal as the stuff of the universe and that 2. embodiment is not an impediment to divinity but a positive requirement for achieving it. As well, Givens shows the cultural contexts and echoes which place some of Joseph Smith's ideas in a more understandable light. Givens, a practicing Mormon, describes Smith's prophetic style as "inspired syncretism."

Givens is looking for the deep structures which will give the foreground doctrines a more cohesive rationale and this he does quite well. If you have a taste for philosophical theology and can handle the rhetoric of the professoriate, this is a fascinating book which will give you a new perspective on a religious group that is both caught up in its own compulsion to "fit in" and is treated with ill-concealed scorn by the "cultured despisers" who run our society through media.

Did the narration match the pace of the story?
The narration is ok. His speed and clarity are fine. The narrator can occasionally sound a bit on the unctious side. But he did not do his pronunciation homework before recording this: he mispronounces words at the rate of about one per half an hour.

Any additional comments?
In delineating Mormonism's departures from and likenesses to Christianity, he gives a lot of attention to Origen but makes no mention of his near-contemporary Irenaeus of Lyons, whose work would have filled out the picture.

It was illuminating to learn how and when certain aspects of Mormon doctrine came to be adopted. It feels liberating to understand more about the combination of divine direction and intellectual conclusion.

a very well written book , Terryl uses his vast knowledge and insight into all things Mormon to try and link together some of the more vague and chaotic aspects of Mormonism, no small feat given the often seemingly incoherent and discordinated nature of both the original prophecies and their subsequent evolutions into Mormon canonical form.
I really appreciated Givens access to historical literature concerning the various aspects of his religion, these sources are invaluable when when it comes to fleshing out the lines of thought that went into shaping the theology. This is important when it comes to understanding the difference between it's parent religion Christianity and its own ideas, especially since Mormonism prefers to hold on to many of the traditional words though significantly altering the definitions.
I would suggest this book for anyone who believes that Mormonism is essentially the same as Christianity...on either side of that equation, would even suggest this as a must read for pastors and missionaries who operate in heavily LDS influenced locals. A lot of previously written Christian literature written on Mormonism is either plain wrong or is right for the wrong reasons. it shows a deeper respect for both groups if we can show well researched understand of mutual conclusions.

This is an excellent, in depth study of the foundations of Mormon thought, and how the doctrines of the church have evolved over time. It is extremely detailed and requires a decent amount of effort on the part of the listener, but it is worth the effort to more fully understand the material presented.

I found this, like Givens' other books, to be incredibly thought provoking. Being LDS myself, I was not always comfortable with the things he had to say, but I am very grateful for the straight forward way he writes and researches. No sugar coating here. No excuse making or spinning, just the facts, ma'am. In the end, even the things that made me squirm seemed understandable, which understanding is exactly what I was seeking when I chose this book. Now I have the option of pondering so many questions I had before and which have arisen because of this book. I feel that I have a firmer base on which to form or reform my opinions. After all, it is all about choice.

Great survey of the doctrine and origins. This is a serious book, meant for scholars and advanced students of Mormon Doctrine.

This was the best book on Mormon theology I've ever read. By providing a historical overview for each topic, Givens avoids the problem of merely providing his personal views on Mormon theology. This book has enough depth to be interesting for those already familiar with Mormonism, but I believe he has also succeeded at creating an overview that is accessible for the novice.