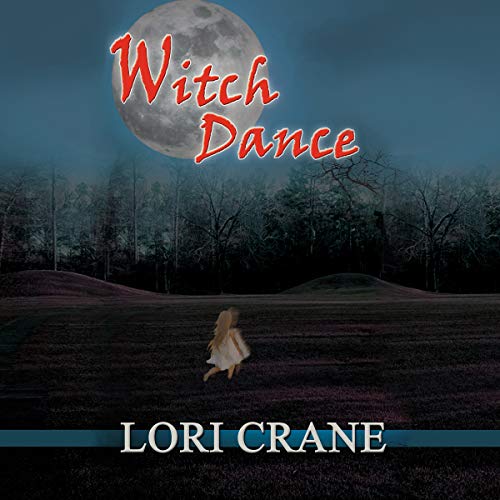 When Thomas and Margaret Speedwell took their twins to Witch Dance for a weekend camping trip, they never imagined they would be pulled into a vortex of witchcraft, tragedy, and karma. One of the girls goes missing; the other won’t say what happened on the other side of the hill.

The tragedy pulls together a cast of characters from Margaret’s childhood and beyond - Choctaw and Chickasaw Indians, Toltec ancestors, the extinct Hopewell tribe.

With the help of a childhood friend, a concerned newspaper reporter, and visions by a strange old woman, a 2,000-year-old mystery begins to unfold, uncovering missing children throughout generations. Who is taking them? Could it be the infamous witches of Witch Dance?

What listeners say about Witch Dance

I found this book very interesting and entertaining.There were a few parts where I thought I missed something,but it all came together in the end.Sarah L Colton was a fine narrator.I was given this book by the narrator,author or publisher free for an honest review.

I got this story via audiobook boom and this is my voluntary review. I loved the ending. There were some parts that were totally unbelievable. But this is a fantasy so I guess it was ok but even so you have to stay within what is plausible. It was a good story that had several plot twists that made the story interesting. I am not a fan of ghost stories but this one was a different take on what was expected.

This was an interesting story.

I was given a free copy of this story for an honest review.

Even though I was left with a fair amount of questions at the end of the story, I thought it was interesting overall.

The narrator did a pretty good job. With more practice, I can imagine her becoming a lot better. My only issue was in relation to her tone. Usually, I would just say it is obvious she was reading from something, but it was more than that with this audiobook. She spoke slowly and way too calmly, I think that was what the issue was.

After the first scare with the girls, at the beginning of the story, I was surprised Margaret did not try to stay closer to them, especially after they went over the hill.

I assume the sheriff interacts with a fair number of wealthy people to where he noticed Margaret’s husband wearing a Rolex from afar.

There was a strange conversation, or part of one, between Rich and Margaret that had a little flag going up. Rich tells Margaret that she can stay with him and his grandma. She commented about how Oma was used to reporters. Margaret’s response? Well, she apologizes and hoped she did not offend him. Huh? I had no clue what she was referring to, as in why she thought apologized or why she thought he would be offended.

I have not read/heard that many stories about American Indians, but I was surprised the medicine woman in the tribe talked about there not being magic. And her telling Chicksa that she could only heal the physical ailments yet did not actually do anything for Selena was strange.

What exactly was Selena suffering from beside (post-partum) depression? Her dying for her ailment was because she was not eating or drinking, right? Yet, after the witch helps her, Selena thinks back to that time and informs the reader that she did not want to die. So, why did not she get up? Ask for water or food? Talk to anyone? Instead, she would rather sacrifice a baby, one that doesn’t even belong to her, to the witch? If the reader was supposed to feel sorry for Selena during this time, I wasn’t feeling it. It was sad that her baby was stillborn, but that was where my sympathy stopped for her.

Many times, it was mentioned that Margaret and her husband had tried for kids. Based on the way it was written, it sounded like there were miscarriage and stillbirths prior to the twins as well as after. Considering all the issues they had prior to the girls, why would they torture themselves by trying to have more kids? This just seemed like one of those situations where you’d be thankful for what you had. Just saying.

Did any notice how strange the conversation between Margaret and her mother was regarding the death of Margaret’s father? It seemed very nonchalant and cold as if they were talking about something else and not the death of a family member.

Oma talks to Selena about banishment. Selena ends up asking her what banish; how in the world did she not know what the word meant?

Was there actually a time when Margaret was described? If so, I could not find it when attempting to look back over the story in audiobook form. Based on the fact multiple people said she looked like Mia, I assumed she looked American Indian.

Ivy ends up saying how she has not changed anything because she does not want to call attention to herself. Would not that draw attention to you though? I mean, if she was an old lady that never seems to die. It just sounds strange.

Again, another reason to not feel sorry for Selena. Instead of just defying Oma and not steal babies for her, Selena continues on with it. A second time where her life is more important than a child(s).

Why did it seem like Selena was taking more babies through the years, then what was accounted for? How long had they been at the mounds? A long time. Yet, after doing the research Margaret and Rich only came across three kids having been taken.

Oma threatened Ivy and Merdle(?) that once they left, she would come after them. She would be able to find them, no matter where they went. So, where do they end up going? Not far from the mound, and Oma never comes after them.

Speaking about Oma again, Ivy, Merdle, Margaret, and Selena are coming up with a way to attack Oma by the mounds. Selena, the only other witch with Oma, has been gone for hours. The reader knows that if the witches are near the mounds, Oma will automatically know they are there. So, why does not Oma come out prior to being called? How did the witches not think she would know what they were up to?

My first read/listen from author Lori Crane. The more you read the more the story-line gets more enticing drawing the reader deeper & deeper. I was given an Audible copy of this book & am voluntarily reviewing it. Well-written suspense, with well-developed characters. I’ll be reading more by this author. (RIP Marley January 20, 2014 - July 24, 2018).

This is usually up my street but I did not like as much as I thought I would. It is OK there is nothing really wrong with it but it did not capture my attention.
Others might like it more then I did.

Two stories, hundreds of years apart -- one of a troubled couple who have had fertility problems but ultimately were able to have twins and one disappears; and an American Indian couple who give birth to a stillborn baby -- are deftly interwoven. Of the two stories, I empathized more with the American Indian couple and was more interested in their lives than the modern day couple. I liked that the mystery combined historical and supernatural aspects with some interesting twists. However, the characters never really questioned any of the supernatural aspects of the story and the ending felt a bit rushed.

The narrator Sarah Colton did a good job in handling the two stories and the supernatural elements. I found her narrating or speaking style to be a bit slow-paced but this is not a criticsm as others may enjoy pace.

I felt this was a well-written story that wasn't at all predictable. I enjoyed listening to it and would recommend it to anyone who likes this type of mystery. I was given this free review copy audiobook at my request and have voluntarily left this review.

I loved the way that the ancient story of Chickasaw Indians was weaved with the modern story of the missing child, Sarah. A loved the juxtaposition of ancient history mixed with supernatural story telling. The best part is that these are real places and real history. Don’t you love when an author starts with what’s real and starts playing with it? I know I do.

If expanding on history and legends is Lori Crane’s playground, I would love to spend more time listening to her books.

Narration: Sarah Colton did a good job. Not great, but good. Her reading is slow paced, clear, and natural. On the other hand, I think she needs to be a little more animated during the dramatic portions.

Note: While I received this book as a gifted audiobook copy from the author via Audio Boom, my opinions are my own and are given freely.