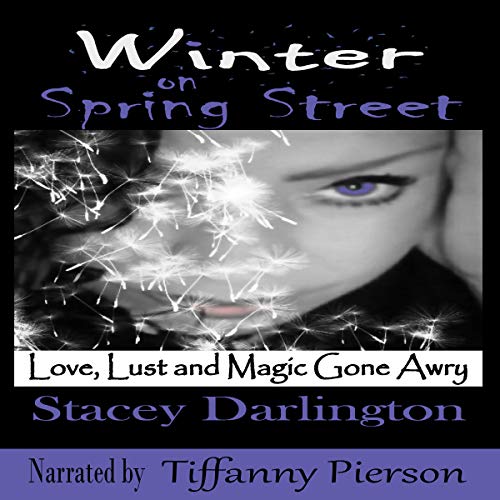 By: Stacey Darlington
Narrated by: Tiffany Pierson
Free with a 30-day trial

If you were a witch, how far would you go to make someone love you? If you knew magic, would you use it? What if the love spell turns to lust?

Former singing superstar Raven Viramonte knows the answers. After her career comes to a crashing halt, Raven seeks refuge in the creepy central Florida bungalow she buys, sight unseen. She finds an unlikely friend and therapist in a homeless man named Harry who haunts the bench at the edge of her property. However, when Rocky, Raven's sister, calls with the news of their mother's ill health, Raven must return to the family owned apartment building she despises: 88 Spring Street, Connecticut, the tomb of her darkest secrets.

Harry urges her to return to New England to reconcile her past: The mother who despises her, the younger sister who betrayed her, and the gay father who abandoned her. Then there is Skyler Blue, victim of Raven's blundering love spell. Calling on Harry's psychological insights, Raven seeks to mend her broken psyche. By fate, she encounters a bewitching woman who's psychic powers and psychology degree help Raven dim the line between love and lust.

Winter on Spring Street is the profoundly sensual, sometimes humorous, and always turbulent digression into Raven Viramonte's paranormal life. Although Raven is the unreliable and often unlikeable narrator, we can't help but cheer her on as she faces her demons on Spring Street.

What listeners say about Winter on Spring Street

Wow Finally got to Finish Winter on Spring Street

So grateful for the Audio Version. What a great book. It filled me with so many emotions. I highly recommend it!