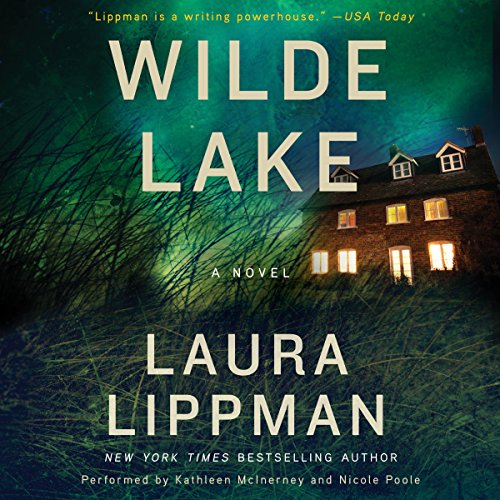 By: Laura Lippman
Narrated by: Kathleen McInerney,Nicole Poole
Try for $0.00

The New York Times best-selling author of the acclaimed standalones After I'm Gone, I'd Know You Anywhere, and What the Dead Know challenges our notions of memory, loyalty, responsibility, and justice in this evocative and psychologically complex story about a long-ago death that still haunts a family.

Luisa "Lu" Brant is the newly elected - and first female - state's attorney of Howard County, Maryland, a job in which her widower father famously served. Fiercely intelligent and ambitious, she sees an opportunity to make her name by trying a mentally disturbed drifter accused of beating a woman to death in her home. It's not the kind of case that makes headlines, but peaceful Howard County doesn't see many homicides.

As Lu prepares for the trial, the case dredges up painful memories, reminding her small but tight-knit family of the night when her brother, AJ, saved his best friend at the cost of another man's life. Only 18, AJ was cleared by a grand jury. Now Lu wonders if the events of 1980 happened as she remembers them. What details might have been withheld from her when she was a child?

The more she learns about the case, the more questions arise. What does it mean to be a man or woman of one's times? Why do we ask our heroes of the past to conform to the present's standards? Is that fair? Is it right? Propelled into the past, she discovers that the legal system, the bedrock of her entire life, does not have all the answers. Lu realizes that even if she could learn the whole truth, she probably wouldn't want to.

What listeners say about Wilde Lake

I found Wilde disappointing. I have listened to many Laura Lippman's audibles. This was my least favorite.

In a word saccharine and boring

I am or was a big Laura Lippmann fan and so I kept waiting for this book to get better. It never did. Narrators cooed and clucked, plot line dragged along the bottom of the lake and heroine made me dream of sending her to a Nancy Drew book.

I kept hoping I would start enjoying the book, but it never happened. It had way too many characters, most of whom still remained unexplored and untethered even at the end. None of the characters were likable, especially not the protagonist, an uncaring, nasty, win at all costs type. Most of the way through the book I wondered who it was that was actually going to care enough to solve the crime---she showed no interest in doing it. When in the last 20 percent or so of the text she all of a sudden seemed to care about such things, it did not go with her personality.

A number of minor points (such as her inability to remember names) were brought up again and again, in exactly the same language. It seemed as though the author had marked several places where the topic could go, then forgot to clean up her work as she completed the book. The whole thing could have used a good editor.

I'm part of that first generation of kids who grew up in Columbia, back when it was surrounded by farmland and not just another suburb. The author, as always, has a fine eye for capturing the nuances of local culture and history, but the narrator makes several missteps in how she pronounces place names - and unfortunately those took me right out of the story. A Columbia native would know that Catonsville is pronounced like "Kate" and not "cat" for example. Still, overall a nice nostalgic listen for me.

the book wasn't bad but wasn't great either.

I'm a maryland girl myself and it's disappointing that the author didn't correct the narrator's pronunciation issues.

And as smart as Lu is supposed to be in this story, she is completely oblivious to things right in front of her face. the book seemed to drag out hinting to things to come and then BAM last chapter the story rushes to an end and the book is over.

I have never read one of her books. I loved every minute of it. Fantastic

Is this Harper Lee's second book ?

If you could sum up Wilde Lake in three words, what would they be?

What other book might you compare Wilde Lake to and why?

To Kill a Mockingbird. Well there was big brother,precocious little sister, and the neighbor kid in the bushes.And of course they had a widowed lawyer father that knew everything,for a while..( Several more similarities.) And they went forward living.
Scout had way more early grit than Little Lu but I suspect their lives were not all that different over time.

What does Kathleen McInerney and Nicole Poole bring to the story that you wouldn’t experience if you just read the book?

This is an excellent story. I enjoyed the twists and turns. This was my first time using audible and I really liked it and will be using it again

too much back and forth but yet too many comparisons. who's lying who's real. could have been a good book if write a bit better

The plot kept me on the edge of my seat because of how it was written. It lulls you into thinking it's just a sort of memoir or, but all the pieces come together to reveal mystery upon mystery...secret upon secret, lies upon lies.

As a MD resident, I always love listening to Lippmans books because she includes so many local references. The narrator must not be from the area, though, because many names were mispronounced. Such as Catonsville...(Long A sound)....but it wasn't too distracting.