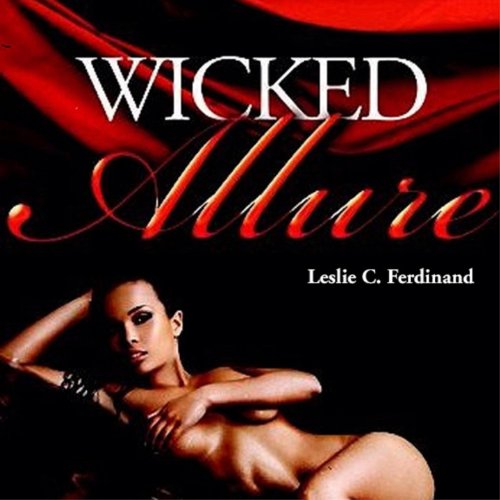 What does a man say to the woman he betrayed but never stopped loving? Three years ago, Zachary Steele refused to entertain thoughts of permanency with any woman. A hedonist at heart, he didn't want to corrupt the much younger, Madigan DeLeon, by continuing his affair with her. With the hidden scars of his past, he didn't believe in happily-ever-after. By the time he realized how much Madigan meant to him, he'd driven her away. Then, one night, after being clean for a number of years, Zach briefly falls off the bandwagon. He believes his lovemaking to Madi is a drug-induced hallucination. The resulting consequences tell another story.

What does a woman do when the only man she's ever loved hurt her so deeply she feared she'd never recover? Three years after her affair with Zach so abruptly ended, celebutante, Madigan DeLeon, is thrust back into Zach's life by her mother's machinations. Brought home under the false pretenses of repairing her damaged relationship with her mother, Madi instead finds herself running a private sex club called Wicked Allure. Forced to confront her anger at his betrayal and grief at the loss of what might've been, Madi faces the realization that she's never stopped loving Zach. Can two broken hearts set aside anger and betrayal to find true love once and for all? Searching the deepest recesses of their hearts, in a place where pride and pain has no room, Madi and Zach must decide if their bond is strong enough to take a second chance at love. Or if resuming their sexual relationship is an irresistible wicked allure and the ghosts of their former relationship will finally, and forever, sever all ties between them.

loved the storyline and characters

I had read the book last year, and loved the storyline and characters: complex and loaded with emotion, baggage and the interfering hand of an overbearing and dictatorial matriarch there were many elements that enhanced the tension. Madi’s anger and Zach’s guilt were palpable and the repeated dramatic climaxes provided a never-ending thrill ride from one scene to the next. Both Madi and Zach develop and grow throughout the book, with personal insights that enable their bond to grow and survive the essential fact that they are pawns in a game.

While the story hasn’t changed, listening and reviewing the audio version did stir emotional reactions all over again, with literal snorts of disgust at the behavior of Karolyn DeLeon, matriarch, and rather spineless acceptance of the machinations of his wife from Jack. Of course there was anger, and several moments of “Oh I didn’t remember that part and NOW this fits better”. And then there were the hormone driven, uber sexy steamy scenes that both felt natural and right, and were smattered throughout the story with interesting point of view insights provided in Madi’s or Zach’s voice.

Unfortunately as much as I loved reading the story: the narration provided by Lauren Sweet did not work as well for me. Her voice is perfectly pleasant, and enunciation is correct, but there was a ‘hollow’ sound to the audio recording. When I first thought it could be headset or player related, I listened on different devices: laptop through speakers, earbuds and mixing headphones, then the same options for iPod and lastly through my kindle fire. Technically I don’t know what wasn’t quite “right”, best explanation I have is that it feels like there were two microphones in the audio recording: one close and one far – and only the further one is working properly. Additionally, there were emotional components and inflections missing from her narration: while not technically ‘bad’, there is room for improvement that would have enhanced the story and not just recited it.

What finally appears is a workable version of the story, with great emotional depth and character growth, a complex plot that has several side-stories that all feed into the twists at the end. And it most certainly is worth a read or listen.

I received an AudioBook copy from the authors for purpose of honest review at the Heard Word. I was not compensated for this review: all conclusions are my own responsibility.

This is primarily about a couple struggling to reconcile. What many listeners would consider raw/raunchy and explicit language is used. So be forewarned. The book didn’t hold together b/c it was trying to be something it’s not. It was trying to have a degree of depth and failed. It was trying to paint the picture of posh wealthy people and failed. The best example is in the description of the high-priced, members-only sex club which included—in the words of the author—a “disco ball.” That’s right. Nothing says class and expensive taste in a place of sexual pleasure, no doubt, like a “disco ball.” Even better when said “disco ball” is included post-1976. Add to this the narrator’s mispronunciation of shoes by Louboutin and champagne Dom Perignon. It really adds to the story’s failure to sell these characters as upscale people. And saying two people “shared a mystical, mysterious connection” is a bit redundant and elucidates the author’s success at low achievement. Too, the author’s attempts at humor fell very flat, and the nauseatingly nasal narrator only worsened it. And the dialogue was over-the-top mushy not romantic. Finally, the serious relationship issues are fixed way too easily, and people change with very little difficulty too. It's like watching a TV movie where you know that, whatever the issue is, they have two hours--including commercials--to fix it, and that they will.