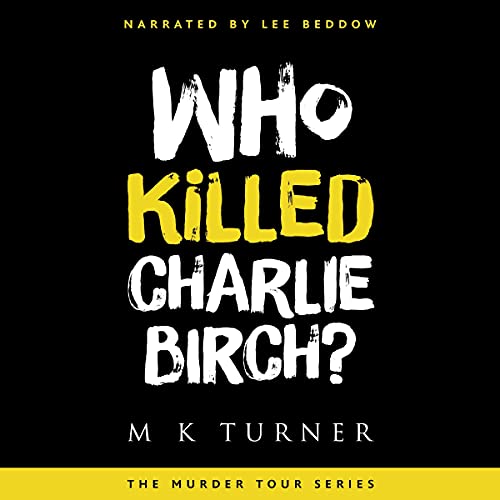 Charlie Birch is dead. A knife, thrust into his chest, has effortlessly sliced through his right ventricle, quite literally breaking his heart, which given his past behaviour, was perhaps a fitting end.

An unexpected chain of events had placed a desperate Charlie and many of the Middle Mound villagers in the White Hart pub that morning. Then Charlie decided to hold them all hostage. That was his last mistake.

DS Sally Carter had been sent to Middle Mound to investigate an abandoned bus and several missing villagers, but instead finds herself in the middle of a murder investigation. Having grown up in the village, she knows many of the suspects from her youth. All the clues are there, but will she catch the killer?

Who Killed Charlie Birch? is the first in the Murder Tour series.

What listeners say about Who Killed Charlie Birch?