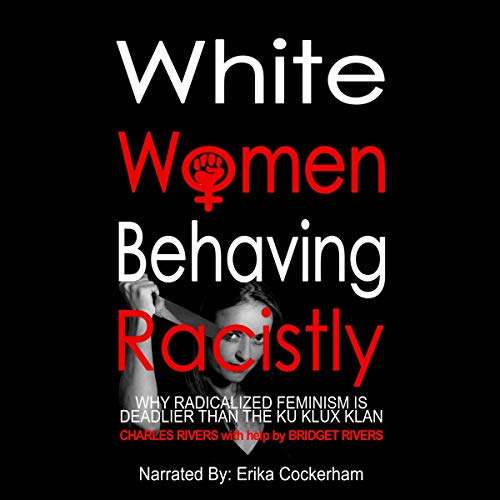 Just as with the Civil Rights movement, the feminist movement once stood for upward mobility and equality for citizens. Today that mobility movement has morphed into a downward spiral of antagonism and personal attacks. In its efforts to inspire new blood in its ranks, the feminist agenda has turned to generation-Z with a radicalized recruiting campaign that is as hell-bent on restricting personal liberties of the American male as strongly as the Jihadist of Afghanistan. This effort not only seeks to attack the freedoms of man and child but minority women and the country as a whole.

The racist radical feminist enjoys the protections of government officials that benefit from the votes of women who hate men as much as senators such as Strom Thurmond detested blacks. Today we are witnessing unwavering support of the radical racist feminist in as high up a position as, speaker of the house of representatives. The radical feminist movement even garnered support from the first female presidential nominee who in her own pro-female, anti-male speeches sounded more racist than George Wallace. Yes, the Radical Feminism movement in Mrs. Clinton had found its voice, and its voice said, "segregation now, segregation tomorrow, segregation forever!"

But how did this happen? How does a so-called democratically elected government willfully send five generations of our boy’s off to wars to fight for freedoms they intend to deny him? How did this new form of feminism morph into a new form of Apartheid of the sexes? For sure, it didn't happen all at once; it became so insidious in its growth that it changed the matrix of democracy in the world as a whole. It allowed racist feminist to hide in the shadows. It allowed them to change what you and I felt about racism, and the word feminist.

The word feminist no longer carried the meaning it once did after achieving most of its financial aims and benefits for the top one percent of its leaders. Today's American radical feministic model has stolen away many well-earned rights, and freedoms from men that the British Army could not at the Battle of Yorktown. Freedoms the Imperial Japanese Navy could not bomb away by sinking the USS Pennsylvania at Pearl Harbor.

Rights and privileges that not even the full might of Hitler’s Third Reich failed to capture in the defeat at Stalingrad. This book is a contemporary Man’s Manifesto of sorts of what to guard against as you seek to navigate through a post-modern Radical Feminist dogmatic society.