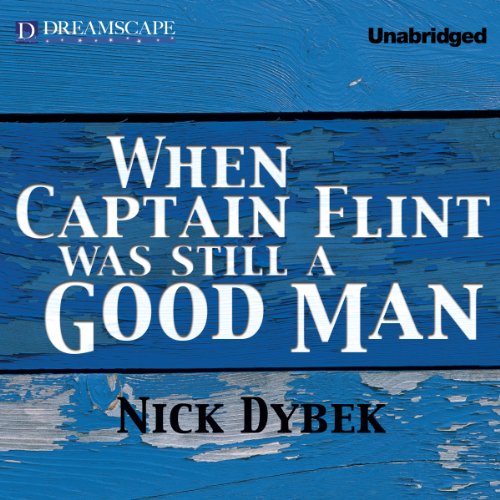 When Captain Flint Was Still a Good Man

When Captain Flint Was Still a Good Man

By: Nick Dybek
Narrated by: Nic Dressel
Free with a 30-day trial

Every fall, the men of Loyalty Island sail from the Olympic Peninsula up to the Bering Sea to spend the winter catching king crab. To Cal, Alaska remains as mythical and mysterious as Treasure Island. But while Cal is too young to accompany his father, he is old enough to know that everything depends on the fate of those boats thousands of miles north. He is also old enough to wonder about his mother's relationship with John Gaunt, owner of the fleet. Then Gaunt dies suddenly, leaving the business in the hands of his son. Soon Cal stumbles on evidence that his father may have taken measures to salvage their way of life. As winter comes on, he is forced to make a terrible choice.

Starred Review. "[An] incandescently imaginative and suspenseful tale of fathers and sons, treasure and desperation, secrets and betrayals." ( Booklist)
"In this tale of good men 'doing unspeakable harm to other people,' Dybek proves himself an observant, appealing writer... Peopled with multidimensional characters and featuring well-drawn settings... Dybek writes well about family, about relationships and loyalty, about responsibility and community, and about all that passes from father to son." ( Kirkus Reviews)
"Dybek writes expertly about fishery and music, a...juxtaposition that...gives the story a deep, otherworldly quality... A captivating, literary coming-of-age novel." ( Library Journal)

This book was recommended by a friend and really surprised me. If you are at all interested in Stephen Kings more moody, realistic period pieces like Stand By Me, you should absolutely try out this book. Beautiful and interesting , with a killer performance to boot. The narrator is fantastic and I would gladly listen to anything else they read. HIGHLY RECOMMENDED