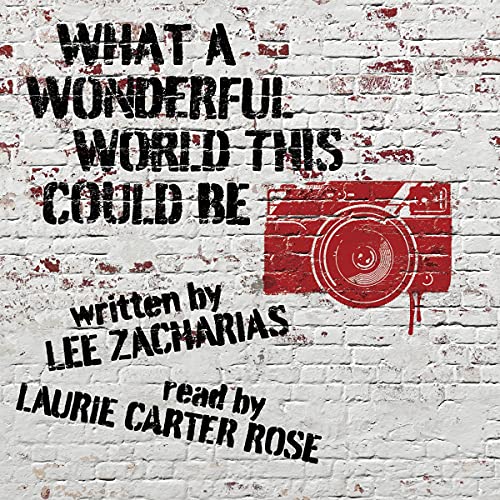 What a Wonderful World This Could Be

By: Lee Zacharias
Narrated by: Laurie Carter Rose
Try for $0.00

What Alex, illegitimate daughter of an alcoholic novelist and an artist, has always wanted is family. At 15, she falls in love with a 27-year-old photographer, whom she will leave when she comes under the spell of Ted Neal, a charismatic activist on his way to Mississippi for 1964’s Freedom Summer.

That fall, Ted organizes a collective that turns to the growing antiwar movement. Ultimately the radical group Weatherman destroys the “family” Alex and Ted have created, and in 1971, Ted disappears while under FBI investigation. When Ted surfaces 11 years later, Alex must put her life back together in order to discover what true family means.

Lee Zacharias is the author of three previous novels Lessons, At Random, and Across the Great Lake, a 2019 Notable Michigan Book, as well as a collection of stories, Helping Muriel Make It Through the Night, and a collection of essays, The Only Sounds We Make. She has received two silver medals from the Independent Book Publisher Awards, won North Carolina’s Sir Walter Raleigh Award, and held fellowships from the National Endowment for the Arts and the North Carolina Arts Council. Her work has been reprinted and frequently cited in the annual volumes of The Best American Essays. You can read more about her at www.leezacharias.com.

What listeners say about What a Wonderful World This Could Be

The story is about a photographer’s muse, Alex, who comes of age during the 1960s. Her benefactor is unusually devoted to her. The experiences of the 1960s serves as a terrain for Alex to develop her own artistic vision—narrative, historically relevant photo narratives. The backdrop of The Weatherman strikes me as fodder for an artist’s eye. I found the 1960s political material to be less intriguing than Alex’s transformation from muse to artist, as well as her relationship with a photographer who fixes a shadow on her through his own abiding lens.

The narrator, Laurie Carter Rose, captures female voices deftly. Her voice is bright. She was given some difficult material—a gifted male orator. I think she struggled a little with male voices (or more specifically male orators). However, she is “listenable,” a comment that I do not give lightly. I love audio books, and I shop sometimes by narrator. I would definitely buy another audiobook narrated by this artist.