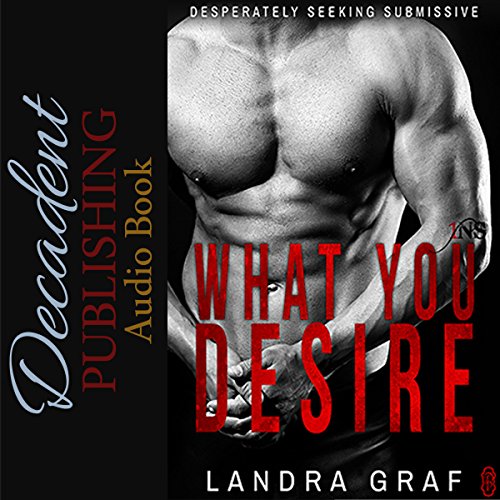 Laney Malcolm is searching for the one....

She wants a submissive who will love her and all the bad habits she has, including all her OCD tendencies.

Her first shot at a one night stand went wrong when she got ill and sent her sister in her place. With another chance, she's sure this time things will work out.

Garrett Rogers has been Laney's best friend since college. Only in the last few months has he realized she's the one he wants. Not wanting to risk losing his opportunity, he seeks Madame Eve's help. The date is set, but when he shows up, things may not go as planned since he's asking her to trade in her dominance for one night of submission.

What listeners say about What You Desire