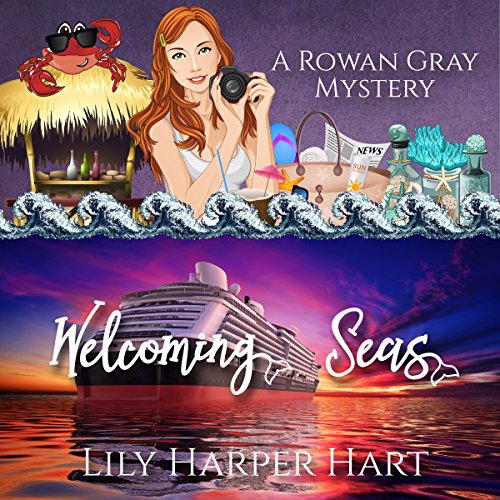 Rowan Gray is a former photojournalist starting a new life on The Bounding Storm, one of the Atlantic Ocean's most decadent cruise ships. She's friendly and excited for her new career...but she's also hiding a secret.

Quinn Davenport left a career in the military to become head of security on The Bounding Storm. He expected drinking infractions and the occasional pickpocket, but what he gets is so much more.

When a young woman goes missing, Quinn is suspicious of Rowan's interest in the case. For her part, the worried photographer is desperate to find the girl and keep her secret safe from Quinn's pointed questions. The problem for both of them is that they're madly attracted to one another - although neither wants to admit it - and they can't quite manage to stay away from one another.

Quinn and Rowan find themselves in an unusual situation. They have a missing girl, suspects they can't pin down and a group of friends that is acting out of sorts. When a second girl appears to be in imminent peril, Quinn isn't sure how to handle the situation but he's determined to help...and Rowan refuses to let him do it alone.

Death is haunting The Bounding Storm. Will Rowan make it off her first cruise alive? Quinn pledges to do just that, but when a killer focuses on Rowan, several lives are destined to collide.

Set sail for adventure. It's going to be a turbulent trip.

What listeners say about Welcoming Seas

Top much detailing of unnecessary facts. Mystery was lost in the translation of supposed love story. Was not impressed with the story.

mystery on a cruise ship

this book is well narrated, although the accents aren't very accurate they are funny and don't detract from the story in any way. The storyline in itself is probably the most disappointing thing, its weak and the climax is more of an anticlimax. The characters are funny and good so I would give the next book a go and hope that the plot writing improves.

would have been better with different narrator, this one just read, no changes in voice for other characters. nice cozy mystery. not sure if I will listen to next one unless they change narrator. nice change to use cruise ship for background

If you like her other work, and her humor, you will like this book. I really enjoy them they are not high drama, just simple fun mysteries,will a side of humor to lighten your day.