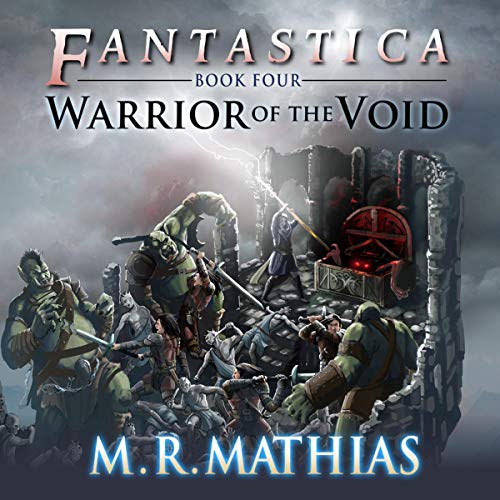 Warrior of the Void

Braxton, Cryelos, Chureal, and her young dragon Cobalt have suddenly appeared in an unfamiliar land. Only it isn’t so strange to Chureal. Not far from where Braxton found the young girl wandering alone in a battlefield, the group ends up in the middle of a war between kingdoms with wizards more powerful than they could imagine. To make matters worse, a group of Darkons, flesh eaters that used to be men, are on the verge of setting loose a terrible creature called the Drar that will destroy them all. Evil Darkanna witches, who can can knock a dragon from the sky with a simple clap of their hands are using their mannish creations, as well as ogres, true mountain giants, and creatures beyond the imagination to break this evil free.

Braxton can no longer seek Taerak’s wisdom because the ancient Void Warrior’s journal is on the other side of the world in Narvoza, with the dwarves. Left with nothing but a vague legend found woven in a tapestry, and bits of elven lore Cryelos can barely remember, our heroes must find the Staff of Aevelon, and then reach the altar at the summit of Mount Preal before the Blood Moon reaches its apex. Even if they manage it, they will still have to figure out how to use the staff to stop the Darkanna and their ferocious minions from setting loose their evil monstrosity.

Warrior of the Void, the finale of the four-book Fantastica series, is nothing less than a blood-tingling, heart-pounding race against time with terrible forces trying to stop our heroes at every turn.

Welcome to the world of Fantastica!

What listeners say about Warrior of the Void