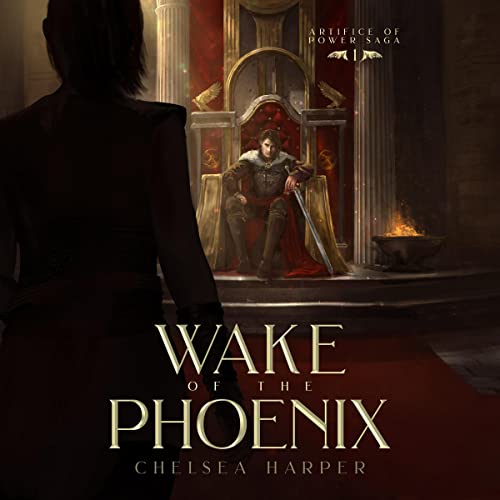 Wake of the Phoenix

By: Chelsea Harper
Narrated by: Scott Fleming
Try for $0.00

Arkaen is a gods-damned saint. He sacrificed his childhood innocence fighting for the beleaguered rebellion in a civil war and relinquished a comfortable life with the man he loves to reclaim his place as high lord from corrupt nobles. Now, a hidden enemy is manipulating his lower lords into talk of rebellion, including the powerful Rogue Baron, who is slowly swaying the city into questioning every move Arkaen makes.

With the help of his near-omniscient lover's gift of foresight, Arkaen finds a potential ally in Niamsha, a reluctant thief trying to pay for her brother’s education. But Niamsha owes an insurmountable debt to the mysterious leader of her thieves guild, and failing to pay means death - or her entire family. When her guild leader demands she join forces with the Rogue Baron himself, she finds herself caught in a political battle beyond her skills. Torn between protecting her family and following her conscience, Niamsha doesn't know who to trust.

If Arkaen can win Niamsha's loyalty, he might just prevent a second civil war and the destruction of everything he fought to protect. Or he might get them all killed.

What listeners say about Wake of the Phoenix