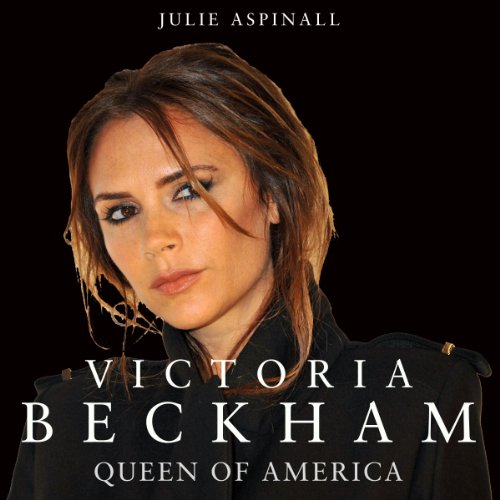 By: Julie Aspinall
Narrated by: Lynsey Frost
Try for $0.00

She's the most famous, most glamorous and most controversial star in the world, and she is taking America by storm! From Spice Girl to successful solo artist; from single sex-kitten to being one half of the most famous and fascinating couples in the world; from mother-of-three to fashion designer and style icon; from catwalk model to bestselling author; from head of wags to the sunny boulevards of West Hollywood...Victoria Beckham's life is never out of the headlines.

Ever since storming into the charts on a wave of girl power, Victoria has worked tirelessly to become Britain's most talked about star. But there is so much more to her than glossy photoshoots, trends-setting hairstyles and celebrity friendships and feuds. Her incredible journey started as a lonely but ambitions teenager with her heart set on fame and fortune. Victoria was a hit at stage school and fronted a struggling group before joining The Spice Girls, and it wasn't long before she was a regular on the international party scene.

Covering the death threats the kidnap attempts, rumours of surgery, gossip surrounding her marriage and health, plus how Victoria juggles being a devoted wife and mother with a career in fashion design. This exciting book reveals the secrets behind her sensational rise to fame and the inside story of the Beckham's move from Madrid to LA.

What listeners say about Victoria Beckham

I am wonderful, I’ve always been talented & dedicated from a young age...
The voice isn’t too bad tbh, it’s the words that are grating...