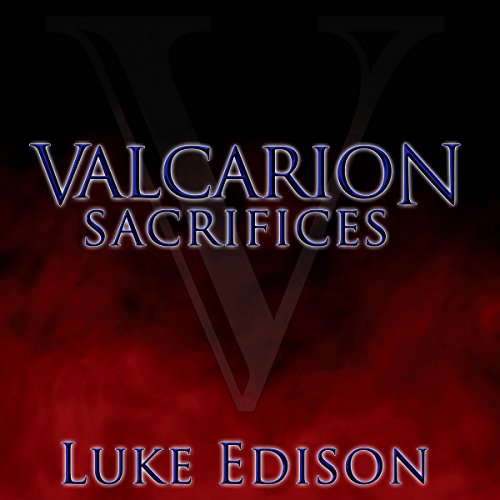 Set in the fantasy world of Frais, Valcarion: Sacrifices offers an expansive reality as detailed characters, civilizations, and creatures are introduced. Valcarion and his older brother, Renther, are left as orphans in the midst of global conflict. When the brothers are separated, Vaclarion is thrust into a central role after becoming the wielder of an ancient and powerful weapon.

The journey presented by Sacrifices keeps listeners alongside Valcarion as he sets out to find his brother and fight against the threats which face him along the way. While learning the stakes at hand, Valcarion must choose his loyalties carefully as he decides how much of himself and his original plan he is willing to sacrifice in order to do what is right. In a story of budding romance, friendship, dragons, battles, and brotherly love, listeners are swept along with an adventure which doesn't slow down from start to finish.

What listeners say about Valcarion: Sacrifices