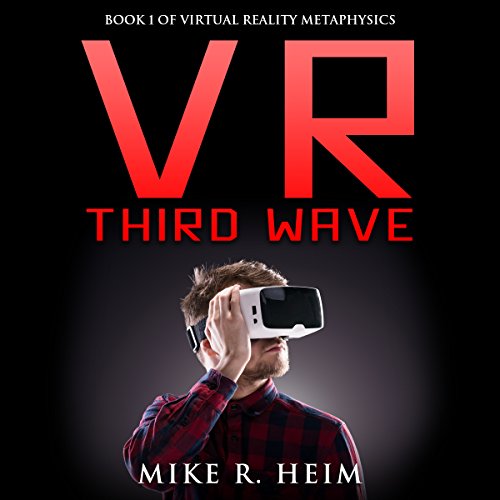 VR Third Wave offers tips on VR as a tool for enlightenment as well as fun. VR enlightenment doesn't mean floating Buddhas or explicitly religious symbols. The Third Wave is about enhancing everyday existence, feeling more deeply connected to the world, a heightened sense of reality. VR is a tool for mindfulness and personal development. As a "way" or practice, VR touches spiritual and metaphysical depths. So, if you've recently tried the technology or are a frequent VR traveler, you're in the right place to up your game. Welcome!

VR Third Wave is book one of the series Virtual Reality Metaphysics. The series carries forward the 1993 book on the first wave, The Metaphysics of Virtual Reality (Oxford U. Press) and the second wave in 1998, Virtual Realism (Oxford U. Press). The Third Wave of VR in 2017 has brought VR technology to everyone with a smart phone who adds a piece of inexpensive gear. Ideas for this series have appeared in peer-reviewed books and journals. The goal of the series is to put technology at the service of deeper awareness and personal development.

I love this author’s work and include excerpts in my new media and new media’s theory courses. I truly appreciate this volume being available on Audible for the sake of convenience. However, the narrator’s performance made me cringe to the point I wasn’t sure I could finish. It cheapens the quality of the writing to hear it articulated in such a saccharine sweet uptick as if it each thought were a question. Painful. I want to complete this series but may have to revert to my Kindle.