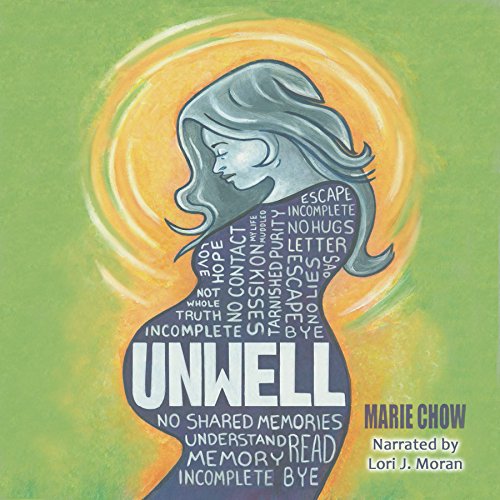 How do you tell your child that you won't be there when they grow up? Unwell is the raw, honest story of a mother who writes to her unborn child, sharing her decision of choosing not to be a mother. She doesn't choose abortion. Nor does she consider adoption. Instead, she decides to give her child a fighting chance in life, without the angst and drama that's shaped her own bittersweet life.

With a poignant lack of emotion, the young mother shares her life story. As the child of Asian parents who moved to America early in her life, the mother shares how her life disintegrated after her parents' divorce. From upper middle class suburban to sharing her mean aunt's house to a one bedroom apartment in a shabby neighborhood, this mother endures the indignity that comes with the change of status. From her father's absence to her mother becoming a married man's mistress, her story reads like a tragic Victorian novel set in the 21st century, but that's where the similarity ends-she is definitely not a shy country miss and she certainly did not take the easy way out.

This amazing story chronicles the life of a woman who fought for everything she got, faced her demons, and made the hard choices. Her fortitude and candor are disarming, her avant-garde views strangely endearing. Through this glimpse into the life of a woman of integrity, sacrifice and love, you'll feel her pain, live her failures, and cheer for the meager joys that come her way. But the one thing you'll never do - is forget her. Or her story.

What listeners say about Unwell