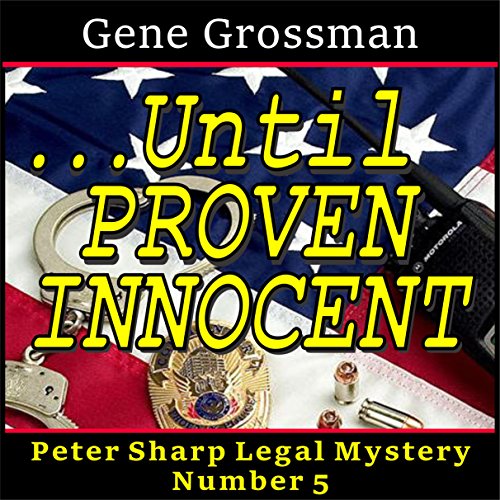 It's tough enough defending innocent people, but attorney Peter Sharp's new client has a reputation for disliking any person of color, and is then arrested with a smoking gun, standing over the body of a dead black man he had recently been seen arguing with.

To make matters even worse, the district attorney (Peter's bitter ex-wife) has evidence proving that the defendant's gun is in fact the murder weapon, and that both the accused and deceased were in the building in which the crime took place alone when the shooting was done.

Peter has no defense for his client, and gets that sinking feeling every lawyer gets when forced to start a trial without having anything to say on behalf of a client who refuses to accept any plea bargain.

Suspense builds as the trial date approaches because if Peter's team doesn't come up with some facts for a viable defense, then his ex-wife's dream will finally come true and she will convict his client, humiliate her ex-husband in court, and make sure to gloat about it in the after-trial press conferences.

Peter's only hope is that his team will save him before it's time for him to put the defense's case in this high-profile trial in which a police sergeant is being charged with first-degree murder.

You'll be sitting on the edge of your seat until a surprise witness enters the court-room, and demands to be heard - to give testimony that nobody expected, and that affects the outcome of this entire case.