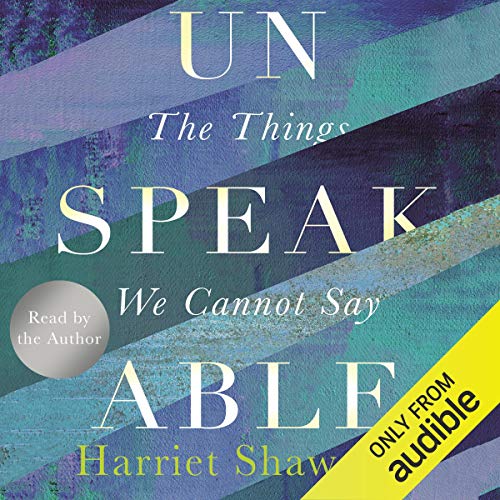 As a teenager, Harriet Shawcross stopped speaking at school for almost a year, retreating into herself and communicating only when absolutely necessary. As an adult, she became fascinated by the limits of language, and in Unspeakable she asks what makes us silent.

From the inexpressible trauma of trench warfare and the aftermath of natural disaster to the taboo of coming out, Shawcross explores how and why words fail us. From the mountains of Nepal to New York's theatre district, she travels the world meeting people who constantly wrestle with language. She studies the work of George Oppen, a poet who couldn't write a line for 25 years; interviews Eve Ensler, whose play The Vagina Monologues gave voice to the truths of female sexuality; and meets the founders of The Samaritans, who have been listening silently to those in need since the 1950s.

A beguiling mix of memoir, history, literary criticism and investigative journalism, Unspeakable is a moving and unprecedented study of the power of silence.

What listeners say about Unspeakable

Very interesting, gives new percpective on the topic of silent. Reccomended for sure, easy to listen to.

unafraid of complexities and contradictions. She is able to intelligently consider questions without the comfort of a simple answer...

Thought provoking; covers the transformative power of talking, silence, and the dark side of meditation.