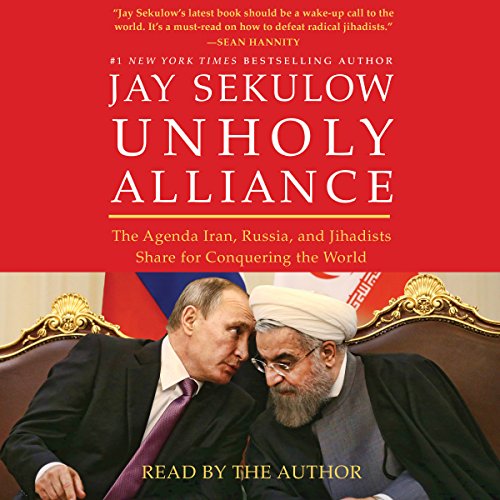 The New York Times best-selling author of Rise of ISIS exposes the dangers of radical Islam and the effects it has on the American way of life in this informative and eye-opening new book.

The fundamental principle of our system of government is individual liberty. Our forefathers chose to bequeath a system that limited the reach of government officials so that Americans could control their own lives.

When the United States was attacked on September 11, 2001, the true face of radical Islam was exposed for the world to see. Our nation came face-to-face with a rabid ideology that was - and is - committed to destroying our freedoms and imposing Islamic Shariah onto the Western world.

The principles of Shariah, which demands total submission to Allah, completely clash with US law and legal tradition. But that doesn't stop adherents of fundamental Islam from executing those whom they believe have offended Islam and Muhammad. As such, Shariah has become a threatening danger to our country, our values, and our way of life.

In Unholy Alliance, Jay Sekulow and the American Center for Law and Justice (ACLJ) tackle radical Islam head on. They expose the attempts by fundamentalist Muslims - both in the US and abroad - to destroy our legal system in favor of a system that would destroy our essential liberties. They bring attention to terrorism in today's world and reflect on the recent Paris and San Bernadino attacks as well as Russia, Syria, Iran, and continuous threats to our nation. Each of us should be aware of what is going in the world and learn what we can do as individuals to protect and defend the Constitution against all enemies, be they foreign or domestic.

What listeners say about Unholy Alliance

Great and very informative. I will recommend it

to all to read and learn . I have learned a lot and use reference.

Disturbing, factual information about current events!
Names I remember from The Iran Hostage Crisis, recent news stories... We are at war and we had better come to grips with that!

There is Only One Law of The Land

While Democrats and Progressives seek to subvert the law of the land for their own purposes, it only makes sense that they also will typically embrace notions of duality in Law such as the allowance of Sharia Law. Only those who wage a war against women would embrace the various non-unified Sharia. In almost all of its various forms, it oppresses women and severely limits their rights relative to that of men.
Jay Sekulow assists us in better understanding the subversion of American Law and how this appearance of collusion is very much a parallelism in ideologies rather than an outright collusion. Still. collusion against Western Law is the agenda.

I would recommend for all to read or listen to this book if you're not familiar with history of Islamic extremists and their plans to harm nation's that disagree with them. Eye opener and a great summary of past and current events and how they are linked.

You will learn a lot

This is a graduate level course in an audio book. Chapter six is especially learned about the history driving the issue at hand. A little weak at the end. It overall fascinating

fact and research based.

This book is safe to read for all, including Muslims. It is heavy on research and facts. It has a brilliant conclusion with a strategy for the Western world. World domination and Sharia law for all is the goal for Islam. My question is this: Does the West want to avoid global Islam? In my opinion they don't understand Islam or don't believe it is a that kind of threat. The author lays out the history of Islam. In my opinion the best predictor of future behavior is past behavior.

I am thankful to the ACL J for giving us the truth. Perhaps you've been brought here for such a time as this.

Information dense, learned quite a bit, fast paced. Listened to it in a day at work.

Another example of why authors should not read their books. Poorly read

The content is unfortunately not much better. More an oped piece than an examination of the subject

What disappointed you about Unholy Alliance?

The author seems to vilify all of Islam, blames Obama for ISIS and thinks the US and Israel are pillars of purity that cannot be touched. If you are a conservative, nationalistic American, you may like this but it is not a balanced opinion.

There are some good historical elements and it is reasonable to get a contrary opinion of the problems the world faces. I just do not think it is constructive.

I wish I had researched the author before buying this book because if I had, I'd have known that I'd be in for a
Trump-esque evangelical ultra-conservative bible thumping Fox News style rundown of the middle east. Sekulow has cherry picked his research to fit his personal prejudices and bias and presents a very simplistic account of the complex geopolitical situation in the Middle East.

Unless you're a die hard MAGA lunatic, I'd avoid this as there are better titles out there written by more competent and impartial authors.