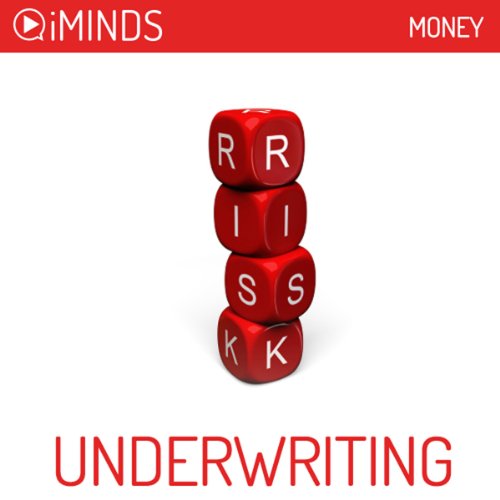 By: iMinds
Narrated by: Emily Sophie Knapp
Try for $0.00

Underwriting is the process of issuing insurance policies. A company underwrites your policy when it agrees to insure you or your property in exchange for the premiums you pay. Underwriting is carried out by either an insurance company or a professional underwriter. Underwriters assess risks and decide whether to accept applications for insurance cover and, if so, under what terms they are valid.

The underwriting profession achieved its name from British mercantile endeavors in the early-eighteenth century. The Britain of this age was in the process of building a vast empire. Along with such countries as the Netherlands and France it was conducting international trade on an ever-increasing scale. In London, a man by the name of Edward Lloyd used his well-placed café to enter the marine trade. Lloyd made his coffee house a base where sea captains gave the latest reports of ships sighted. As a result, Lloyd’s coffee house soon became known as a center for marine intelligence. And due to its knowledge of maritime matters, Lloyd’s became the ideal place to conduct maritime insurance. Before Lloyd’s, many insurance policies were negotiated after damages had occurred. However, at Lloyd’s, insurance was decided upon prior to the departure of cargo. An agreed amount was reached and those who sealed the deal wrote their name under the specified premium. Thus, the term ‘underwriting’ was born.

iMinds will hone your financial knowledge with its insightful series looking at topics related to Money, Investment and Finance.. whether an amateur or specialist in the field, iMinds targeted fast knowledge series will whet your mental appetite and broaden your mind.iMinds unique fast-learning modules as seen in the Financial Times, Wired, Vogue, Robb Report, Sky News, LA Times, Mashable and many others.. the future of general knowledge acquisition.

What listeners say about Underwriting

clean and to the point, too short

If you could sum up Underwriting in three words, what would they be?

What does Emily Sophie Knapp bring to the story that you wouldn’t experience if you just read the book?

This entire book is 7m. You can find better information on YouTube. Seriously skip downloading this one