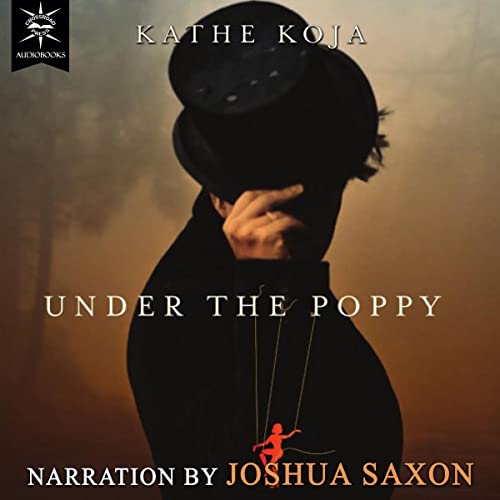 By: Kathe Koja
Narrated by: Joshua Saxon
Try for $0.00

"Koja can pack a lot Dickensian humor into a sentence." (The Plain Dealer)

Under the Poppy is a brothel owned by Decca and Rupert. Decca is in love with Rupert but he in turn is in love with her brother, Istvan. When Istvan comes back to town, louche puppet troupe in tow, the lines of their age-old desires intersect against a backdrop of approaching war.

Hearts are broken when old betrayals and new alliances - not just their own - take shape, as the townsmen seek refuge from the onslaught of history by watching the girls of the Poppy cavort onstage with Istvan’s naughty puppets.

When the war gets too close, Istvan and Rupert abandon the Poppy and find a place in high society where they try to avoid becoming more than puppets themselves in the hands of those they have helped before and who now want to use them again.

From its explosive beginning to the final climax, Under the Poppy is a vivid, sexy, behind-the-scenes historical novel as delicious and intoxicating as the best guilty pleasure.

What listeners say about Under the Poppy