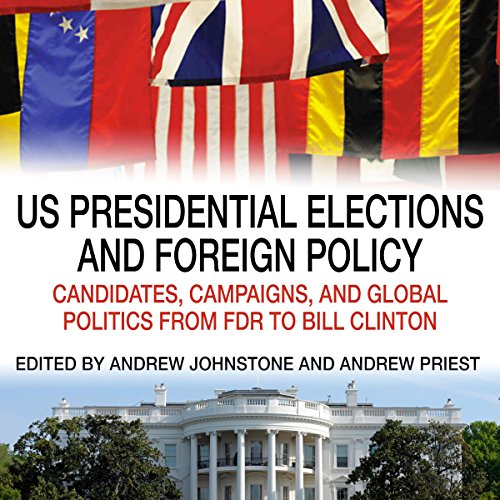 By: Andrew Johnstone,Andrew Priest
Narrated by: Jim Woods
Try for $0.00

In US Presidential Elections and Foreign Policy, a team of international scholars examines how the relationship between foreign policy and electoral politics evolved through the latter half of the 20th century. Covering all presidential elections from 1940 to 1992 - from debates over American entry into World War II to the aftermath of the Cold War - the contributors correct the conventional wisdom that domestic issues and the economy are always definitive. Together they demonstrate that, while international concerns were more important in some campaigns than others, foreign policy always matters and is often decisive. This illuminating commentary fills a significant gap in the literature on presidential and electoral politics, emphasizing that candidates' positions on global issues have a palpable impact on American foreign policy.

Published by The University Press of Kentucky.

"This book is part of an important trend in examining the connection between domestic policies and foreign policy. Its chapters will have enduring relevance." - Elizabeth N. Saunders, author of Leaders at War: How Presidents Shape Military Interventions

What listeners say about US Presidential Elections and Foreign Policy