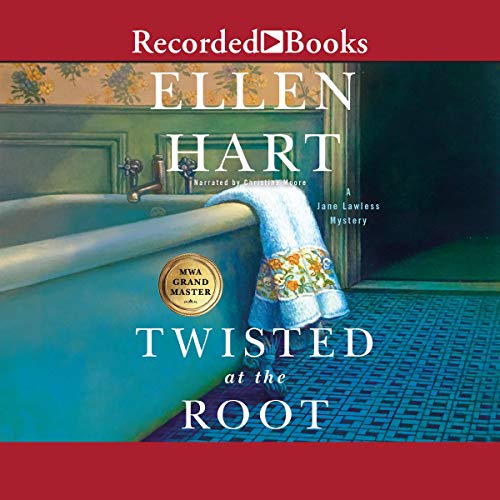 Twisted at the Root

By: Ellen Hart
Narrated by: Christina Moore
Try for $0.00

Everyone thinks Luther and Dominic are happily married, that is, until Luther is convicted of his husband's murder.

Four years after Luther is sent to prison, his brother contacts Ray Lawless, the defense attorney on the case, with evidence of a wrongful conviction. As he faces reopening the case, Ray pulls in his daughter, Jane, to help attain justice for a grieving widower and find the real killer.

Just as Ray and Jane get started on the case, Jane's brother, Peter, arrives on the scene and may know more about the night of the murder than he's letting on. It's up to Jane to discover the truth, but it may come at the cost of her brother's love.

MWA Grandmaster Ellen Hart is back with another exciting installment of her Jane Lawless series.

What listeners say about Twisted at the Root