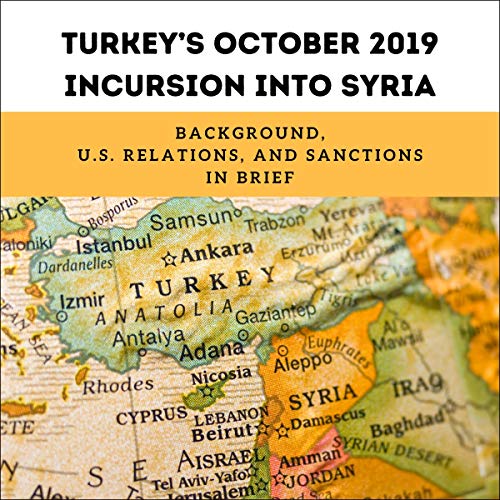 By: Jim Zanotti,Clayton Thomas
Narrated by: Dan Williams
Try for $0.00

In 2019, Turkey’s incursion into northeastern Syria and acceptance of components for a Russian S-400 surface-to-air defense system brought bilateral tensions to crisis levels and contributed to the possibility of sanctions or other actions from Congress. Events in Syria and a 2016 coup attempt in Turkey appear to have led Turkish President Recep Tayyip Erdogan to act more independently from the United States and cultivate closer ties with Russia and its President Vladimir Putin.

Turkey faces a number of political and economic challenges that inform its relations with the United States. There are concerns about Erdogan’s growing authoritarianism and questions about how he will govern a polarized electorate and deal with the foreign actors who can affect Turkey’s financial solvency and regional security. To meet its security, economic, and energy needs, Turkey cooperates with the United States and several other countries whose respective interests may conflict. This report provides some of the major points of concern in the US-Turkey relationship.

What listeners say about Turkey’s October 2019 Incursion Into Syria