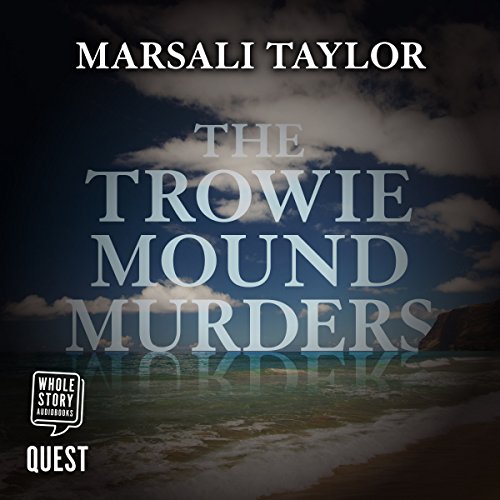 By: Marsali Taylor
Narrated by: Angela Ness
Try for $0.00

‘Four people had died, and three were in custody. It was over....’

When a visiting yachting couple go missing from the Shetland oil capital of Brae, sailing skipper Cass Lynch overcomes her mistrust of the land world to ask for help from her old adversary DI Gavin Macrae. He discovers a link to international art theft and warns Cass to steer clear - but when one of her sailing pupils goes missing, she goes alone to discover the secrets of the Neolithic tomb known locally as a ‘trowie mound’....

Ghosts, folklore and a nail-biting finale at the local show come together to make an atmospheric, fast-moving thriller.

...but although the narrator has a perfectly ok voice for delivering a story, the quality of the narration was not good. Gaps and hesitations, as though reaching the end of a line of text and not looking forward to get the flow right. And the pronunciations were off, even on easy words like gunwales, as well as on Shetlandic names. It let the story down when the charm of it is hearing the Shetland place names and picturing the locations. Could have been better...

Love this book.. it takes you straight to Shetland, Anchored in her voes and history, strong interesting characters. Record the rest please!