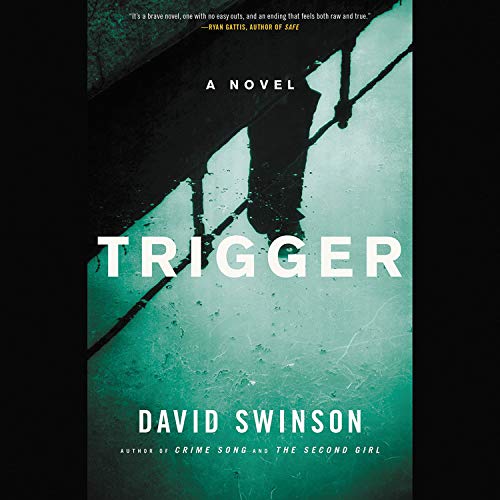 By: David Swinson
Narrated by: Christopher Ryan Grant
Try for $0.00

In the latest novel from David Swinson, "one of the best dialogue hounds in the business" (New York Times Book Review), Frank Marr, a good cop with a bad habit, must choose between justice and loyalty to an old friend.

Frank Marr was a good cop, until his burgeoning addictions to alcohol and cocaine forced him into retirement from the DC Metro police. Now, he's barely eking out a living as a private investigator for a defense attorney - also Frank's ex-girlfriend.

Ostracized by his family after a botched case that led to the death of his baby cousin, Jeffrey, Frank was on a collision course with rock bottom. Now clean and clinging hard to sobriety, Frank passes the time - and tests himself - by robbing the houses of local dealers, taking their cash and flushing their drugs down the toilet. When an old friend from his police days needs Frank's help to prove he didn't shoot an unarmed civilian, Frank is drawn back into the world of dirty cops and suspicious drug busts, running in the same circles that enabled his addiction those years ago.

Never one to play by the rules, Frank recruits a young man he nearly executed years before. Together - a good man trying not to go bad and a bad man trying to do good - detective and criminal charge headfirst into the DC drug wars. Neither may make it out.

"Within the first couple of pages, David Swinson pulls off a masterly piece of characterization: he creates a damaged, damned protagonist who no sane person would want to get close to, and then he grabs you by the collar and hauls you into Frank Marr's mind so fast and so thoroughly that none of that matters. The writing throws sparks, and the ferocious plot peels back layer after layer of Frank's character as we - and he - find out how much of his humanity is still left." (Tana French, author of The Trespasser)

"Chock full of pace and purpose, Trigger lays out hard-hustle D.C. in all its gritty shades of gray without ever once sneering at them. It's a brave novel, one with no easy outs, and an ending that feels both raw and true." (Ryan Gattis, author of Safe)

"Frank Marr prowls Washington like a creature from a different age: hard-knuckled, hard-drinking, equal parts loyalty, craving, determination, and regret. But in Trigger, David Swinson's detailed, glittering, vicious DC is up-to-the-minute. Never one to bend a rule when he can smash it instead, Marr leads us straight back into the wreckage he left in The Second Girl and Crime Song. It's a thrill to watch him pick up the pieces." (Bill Beverly, Edgar Award-winning author of Dodgers)

What listeners say about Trigger

I hope the author writes another book in this series soon. Engaging story with well researched characters.

Just keeps getting better! I need to know what happens next!,
Keep ‘em coming. Please!

This hero definitely has his flaws. in fact, there are times when you would be hard pressed to call him a hero. The main characters struggle to stay off of cocaine is palpable. It was his downfall before and he really doesn't want to go back.

The plot has a very real life feel. The author never strays far from "plausible", "possible", and even "probably" as the plot unfolds. He has the procedural chops of Michael Connelly.

I am giving this a solid 5 🌟 all the way around.

Former cop Frank Marr is back, and better than ever!

Addiction cost him everything: his job, the love of his life, and his self-respect. Now haunted by his mistakes, he is furiously clinging to the straight and narrow and trying to get his life back. But he soon learns that his fatal flaw— his lack of judgement— may not have been induced by the addictions that he is struggling to control.

When his friend and former partner is involved in a shooting, Frank may have what it takes to exonerate him; but he is forced to revisit the places that sent him spiraling in the first place.

Fast-paced, emotionally-driven, David Swinson again takes us on a journey into D.C’s vast underworld. But will Frank escape it alive? For fans of Barry Eisler’s Livia Lone, this stunning series flawlessly shows us a broken man’s propulsion into potential salvation.