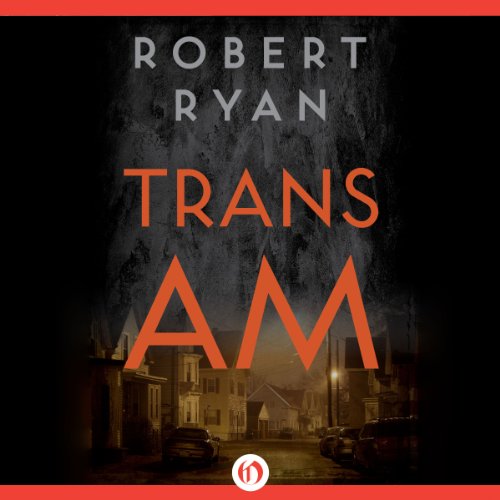 By: Robert Ryan
Narrated by: Joel Richards
Try for $0.00

Two all-American families are plunged into the nightmare of human trafficking in this spine-chilling noir.

When he isn’t playing softball or coaching Little League, Jim Barry is quizzing his five-year-old on batting averages. He is a persuasive ambassador for America’s pastime, so much so that a foreign neighbor asks him to teach his son how to play. One tragic swing of the bat later, the boy is dead and Jim’s whole world is reduced to an impossible choice: Hand over his own son as a replacement, or die alongside the rest of his family.

Meanwhile, on the other side of the country, a young boy is abducted and his single mother vows to do whatever it takes to bring him back. At the intersection of these two tragedies, a sinister network is exposed, and the deadly, all-consuming passion of familial bonds revealed.

What listeners say about Trans Am