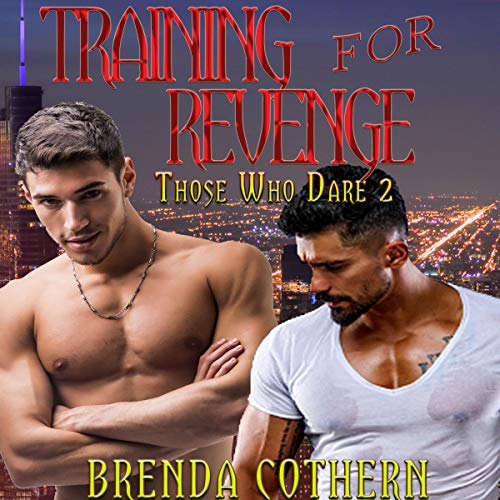 By: Brenda Cothern
Narrated by: Jordan Lee
Try for $0.00

Anthony Mancini, Chicago's Italian kingpin, has no choice but to bring in outside help to train his niece, Valentina Russo, who is hell-bent on exacting her revenge on the Irish mob that had her abducted and abused her four months ago. Mancini hires two assassins to do the job. Gordon Wellington is a hands-on, up-close, silent killer. Craig Barlow prefers the distance, allowing poisons to take out his marks.

Years of beating each other to take out the same marks has built an unrivaled hatred between them. Hatred or not, now they have the same contract: Train Valentina Russo. Working together was never part of their plan. Neither was a relationship.

This audiobook contains M/M sexual situations and is intended for listeners of legal age in the country in which they reside. Please store your adult literature responsibly. This is the second book of the series called Those Who Dare. It has 73,893 words, enemies to loves, and a HEA.

What listeners say about Training for Revenge

Who chose the narrators?

This is possibly the worst narrator I have ever heard. I listened to book one and wanted to hear the continued story. However, I regret buying this book and strongly suggest that it be redone or taken out of circulation.

No no no - all wrong

Who casts these narrators? The inflection, high pitch, and cheery tone of this man’s voice is all kinds of wrong. There is no business, violent tone for the mob parts. There is no hot, brooding voice for the sexy parts. He reads the book as if it were a children’s book. Think: “Yay, lets go kill!” Or “we’re getting naked, hooray!” There’s no way to know if the book is any good because the narration absolutely ruins it. I can’t listen to The Wiggles narrate a romance. Ew

The story was good however it was the worst reading that I have ever listened to. Some of the characters sounded like they were being read by a computer generated voice. I had to force myself to finish listening and I only finished because I didn’t have another book to listen to. The terrible narration made a good story bad very bad.