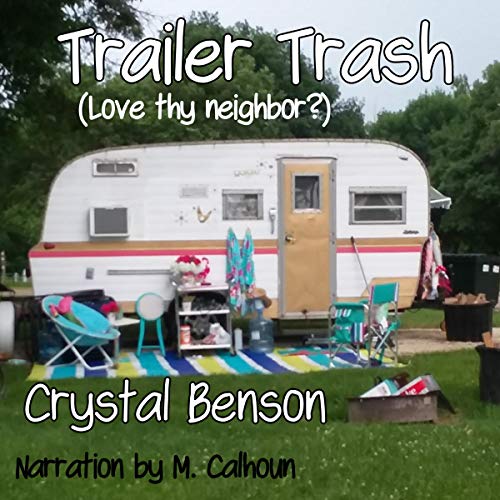 TammieJane lives with her daughter MollyBeth in a small trailer park called Shady Grove Trailer Court, which is one of the worst trailer parks in all of Texas. It’s a shady place to live with hardly any shade left. She is also the manager of this dump, but not by her choice. Here, y’all find potlucks, pot bellies, pot smokers, cheaters, beaters, screamers, criers, and maybe even a few runaways. Compared to the size of the state, this itty-bitty town of Bottom Grove, Texas, has the most action of all places. Will it ever end? Probably not!

There is more that goes on in this Trailer Court than potlucks in the Recreation Hall every Sunday after church. TammieJane is the manager and could write a book about everything she sees and hears of what goes on here. If it wasn’t for the money from running this place, she would take her daughter, MollyBeth, to Hollywood to be an actress. She learned a lot about drama just by all the daily reports she writes. Each day was like a soap opera, with either drunken men hitting their women, mamas screaming at their brats, or something worse. 911 is pre-programmed for speed-dial on every phone in the park. The Cop Shop is three blocks away, but always 20 minutes too late for most incidents. Oh, and the part about "love thy neighbor"? Yeah, that happens more than you think, and not just after dark. There is more trailer trash here than in the dumpster!

What listeners say about Trailer Trash

I haven't laughed so much!

Trailer Trash (Love Thy Neighbor?) by Crystal Benson and narrated by M. Calhoun has been one of the funniest books I have ever listened to. I have been a manager at a trailer park and the continous drama is so spot on. We follow Tammy Jane on her adventures with her renters. You get to know almost everyone in the Park with the crazy antics that go on. M. Calhoun has done an amazing job with the accents and voices for the characters.
Would I listen to this book again? Yes
Would I recommend this book to others? Yes